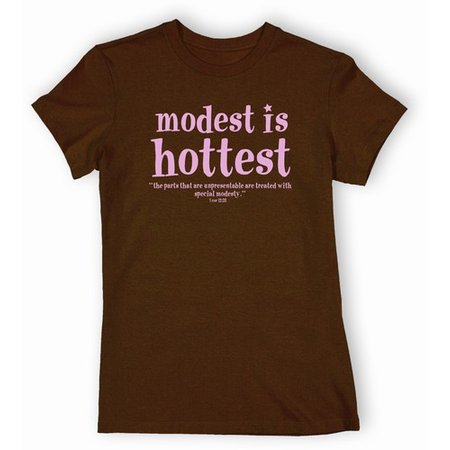 HA note: The following is reprinted with permission from Lana’s blog Wide Open Ground. It was originally published on November 24, 2012.

My elementary years I wore bathing suits that covered my legs and arms. In middle school I wore blue skirts and white shirts to a homeschool convention with ATI. Several years later, in early high school, I started wearing skirts most of the time. Today I live and work in a very modest area of Asia.

This is my story.

This is a story of how ATI’s modesty doctrine – where girls wear long skirts and dresses to stay modest and separate from the world – hurts women and men. It is the story of how extreme modesty from a legalistic homeschool home to the rice fields of Asia, in practice, in daily life, over time, and especially carried over into adult life, has done more harm than good. Here is why.

“Lana, change into a skirt,” my mother said to me one day when I was 12. “Why?”  “Because the Jones’ are coming over, and they have teenage boys who might struggle with lust. He’s not used to girl’s like you.” My mother was talking about another ATI family, whose girls never put on pants, and I knew this was not a battle I would win. I changed into a skirt.

And I continued changing into skirts every time we did an ATI social or people came over until I got so sick of changing I just started putting skirts on as soon as I walked out of bed.

The guys in our homeschool group have long grown into young men, and a number of guys, especially when we first stepped out into the real world as naïve 18 year olds, told me that it bothered them when I wore blue jeans. None of my public school guy friends have ever said that; maybe they think a girl is hot in some jeans, but they have never told me, “Your jeans are a problem to me.” Modesty teachings sexualizes too much, or perhaps I should say, it makes a person guilty for sexual attraction.

It makes shame out of attraction.

“When we pass the ALERT guys, I want you to look the other way,” our director told us at an ATI girls weekend. That was their answer to managing teenage crushes; just don’t look at the opposite sex (my guy friend who worked at ALERT confirmed that they did the same approach with him except at meals when he had to stand up for ladies).

Years passed before I realized it was okay to feel attracted to someone of the opposite sex. Under the teaching I subtly received, if you are attracted to someone, you better look the other way, and they better go change their darn clothes, that’s what.

“I was hanging out with this girl who was wearing a short pair of shorts, and a creepy man hit on us. I was so embarrassed my friend was wearing immodest clothes. That’s why the man had no boundaries with us,” a 17 year old homeschool girl recently told me. (I live in Asia, but IBlP and other purity teachings have still made their rounds here among the homeschoolers.)

No, the man had no boundaries because many men in this part of Asia are perverted and violent, not because a girl was wearing short shirts. The man saw white teenage girls, and thought he could take advantage of them. But thanks to the modesty messages, who push girls to always wear more and more clothes, the girl thought the problem was shorts.

And it not only blames women, but it also encourages guys to blame women for their lustful thoughts. When I worked with a teenage home in Asia, the boys would try to look through the lock in the bathroom to see a girl naked, etc. The boys blamed the girls for wearing the wrong outfit, and the missionary parents agreed, thanks to the conservative modesty doctrine.

It is an impossible law to keep.

Literally. Modesty is an impossible law to keep. ATI is deceptive because the jumper style clothes works only when you are a kid and never leave the house. But as soon as you step outside into the real world, where sometimes you are at church, sometimes at work, sometimes at a swimming pool, and sometimes (in my case) living over sees, you discover that modesty actually varies, and it’s impossible to keep every modest code.

Last year, I actually reached the point of pulling hairs because I had the unspoken missionary modest code to keep (similar to ATI though pants are allowed) and the cultural modest code to keep. I could not maintain both. Many conservative missionaries and their influence from the conservative evangelical subculture, say no mini-skirts. The local Asians frequently laugh at me for not wearing short skirts because I don’t look like a lady. Missionaries say no sleeves are fine; the village people scoff on no sleeves. Seems like one or the other group is always unhappy with my choice. And that’s the problem with the modesty doctrine; it takes a passage from scripture (that’s out of date) and tries to come up with a universal standard for modesty, and that doesn’t work.

It produces a double standard.

I wrote about that here. I’ve traveled through Europe and Asia. And I have repeatedly noticed that men can go in temples and churches with shorts on, but not women. Growing up in ATI,  that hurt because boys could do sports such as rock climbing, but girls repeatedly got left behind. In fact, at the ATI conference in Knoxville, my friends and I brought a pair of jeans one day and asked if we could rock climb with the boys. A man director came and talked to us and said if we mentioned it again, or even talked to a boy, he would call our fathers. We were to wear our white skirts and blue skirts and just sew. “You should be grateful for the women leading you this week,” he said, using another shame tactic.  The double standard stinks.

It makes a girl ashamed of her body.

In a world where every girl must wear white shirts and blue skirts, or wear baggy clothes to cover up any sign that she has a figure (whether intentional or not, the jumpers of the homeschool 90s were so baggy they covered everything), she becomes very self conscious of her looks. I still remember the first real teenage clothes I got when my family began to slowly pull away from ATI my sophomore year of high school. One was a no-sleeve shirt, and the other was an Old Navy shirt that was tight (although it still went up to my neck). I remember being worried that my parents would take the Old Navy shirt back because it outlined my figure. It showed that I was developed, something my baggy shirts and jumpers never did. That’s what these extreme teachings on modestly do. They make a girl afraid of compliments and afraid of her own body. And believe me, that kind of shame carried way into adulthood when tight shirts still to this day make my hairs stand up.

What about men who are attracted to other men? Do men need to wear shirts all the time because some guys might be attracted to them?  I never heard homosexuality mentioned as a kid. It’s as if there was only two kinds of people. 1) Guys who want to get in bed with every girl that lives. And 2) girls responsible for this.

I have flown full circle around the world. From the conservative homeschooling of the past to Asian culture today, modesty teaching has produced crap in my life and the lives of the girls I mentor. Furthermore, I have seen no evidence that it cuts back on violence or sex outside marriage on a global level.

10 thoughts on “Why I Ultimately Have Rejected Modesty Teachings”