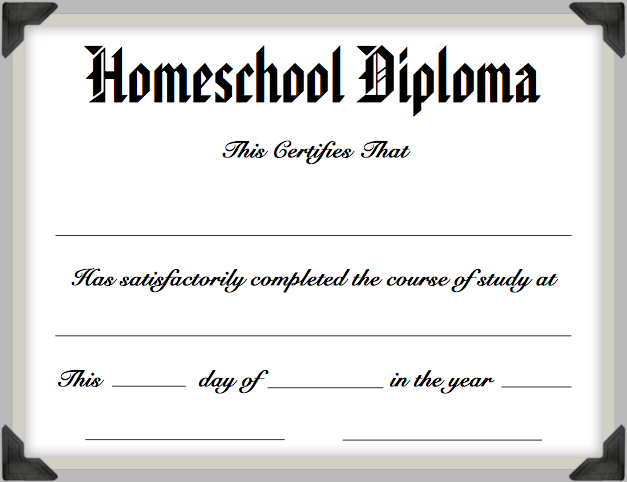 HA note: The following is reprinted with permission from Lana Hope’s blog Wide Open Ground. It was originally published on March 7, 2014.

Sometimes I think about the part of homeschooling that bruised me the most. Undoubtably it was first the extreme purity culture and second the sexism. In fact, the purity culture bothered me so much that it was the first thing I questioned, tested, and rejected in college, but I felt its effects more weighted on me until later on. (I recommend the sex eduation series on Homeschoolers Anonymous.)

The second is the sexism. This is because the sexism was constantly in my face. It’s not just Sunday morning. I had to put on dresses, but boys did not. I had to wear funky bathing suits, boys went topless. I could not go rock climbing, the boys did.

Even before I rejected complementarianism, I just knew the gender roles in our homeschool circles was extreme. One of the first times I vocally got angry about it was at my homeschool graduation. Read the program, and see if you can figure out why. 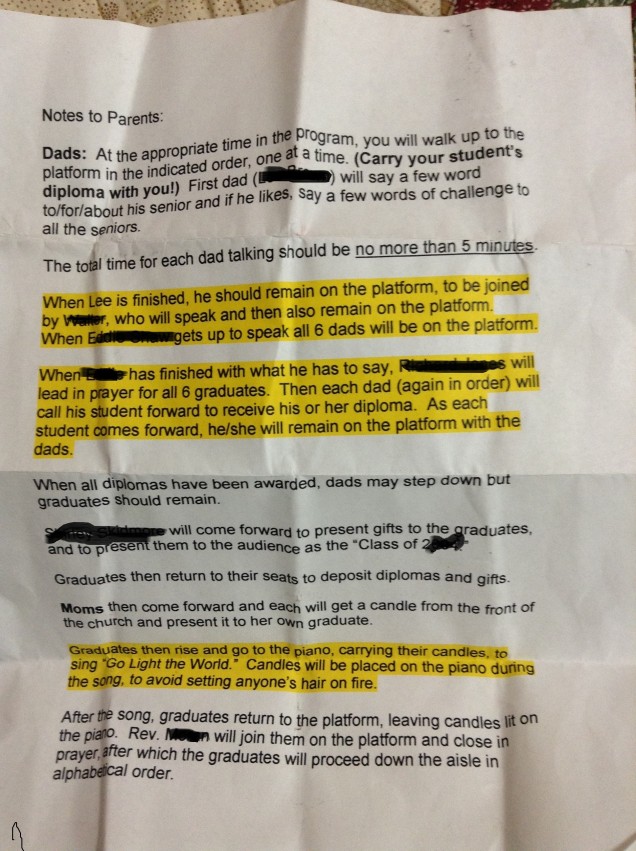 The dads gave us the diploma, which came from HSLDA, and gave individual speeches. Moms were on the pews.

But that did not happen without an appeal from me. At graduation rehearsal, I told the family in charge that the moms and dad should stand up together, and I said that my mom was the one who had homeschooled me, not my dad, and so discriminating against her was wrong. I also said that we should not have the candles (too much like a wedding) or the singing (only two people could sing). My voice was hit at a dead end.

Here’s the song we sang. “Go Light the World” is definitely a homeschool motto. It’s not surprising the parents choose for us to sing it.

I do not have the rest of the graduation program with me, so I not remember the details.  I also don’t remember much of the dads’ speeches (the pastor spoke a while; one dad said just a couple words). I just remember that it was a really crappy day. I had spent all those years as the solo kid of my class, and it all came down to some dumb moment.

Oh, and my name is misspelled on that diploma. Thanks, Mrs. K.

6 thoughts on “My Homeschool Graduation”