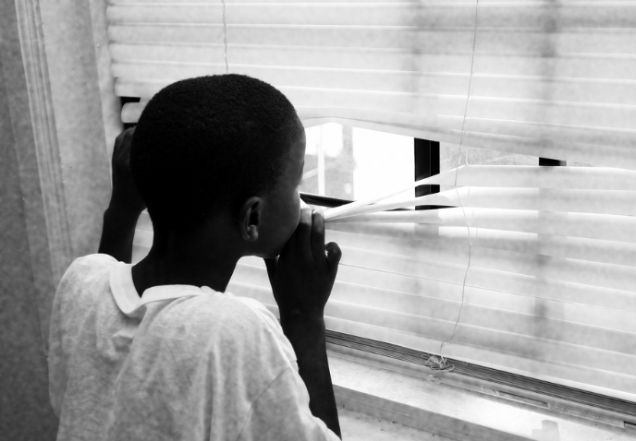 HA note: The author’s name has been changed to ensure anonymity. “Ralph” is a pseudonym.

I was raised in a family where homeschooling wasn’t just the preferred method of education, but the only right one. Homeschooling was a way of life or a lifestyle if you will and everything revolved around my parents’ opinion of what God’s will was.  Other than AYSO soccer, I had no social contact outside of church, family, and the homeschool umbrella group until I went to community college. This was when I discovered that I was socially retarded (yes that’s a technical term).

The religious sheltering of my childhood was only made more extreme and miserable by the international homeschool conglomerate cult ATI (Advanced Training Institute) aka IBLP (Institute of Basic Life Principles) run by ‘his eminence’ Bill Gothard. I won’t go into too many details of how involved my family was with this group or how many times we went to the IBLP seminars or the national conference in Knoxville Tennessee. But even at a young age I can remember wondering what the point was of all the putting on of shows, the mass gatherings, and the ridiculous dress code which looks nearly identical to that of the Mormons.

Besides the endless hypocrisy of Mr. Gothard’s teachings, the suppression of children’s natural instinct to ask questions of things that don’t make sense, and the plain and simply false teachings that go against recorded history and scientific fact — the most damaging moment of my experience with this group and quite possibly of my childhood (ironic that at the age of 20 both my parents and I still considered me a child) was when I attended the ALERT Academy. ALERT stands for Air Land Emergency Resource Team, but is really nothing more than a glorified boy scout troop; often referred to by some as ‘Gothard’s boy scouts’.

The main point they tried to drive home to their ‘trainees’ (typically 16-18 years old) was that no matter what adversity or difficulty you are facing, either physical, mental, or spiritual, all you need to do is cry out to God and he will get you through it. The way they taught us to do this with the physical aspect was by hiking with 60-80 pound back packs at nothing short of a speed-walk pace which often turned into a jog for miles on end without ever disclosing how far or long we were going.

Again, I won’t go into too many details but the ‘physical training’ done at ALERT made Basic Combat Training feel like a summer camp when I joined the Army years later. During this abusive level of physical training I ended up spraining my back which caused horrible pain during these hikes, but as I was told, “just ask God to make the pain go away and you will make it through.” Needless to say this was not a satisfactory answer to me and I ‘developed an attitude’ according to the leadership there.

I eventually was kicked out with them citing a ‘prideful spirit’ as the root cause of my problems.

This explanation is truly only scratching the surface of my experience at ALERT, but I don’t really want to turn this into an book. A few years later I found myself thinking that being a youth pastor might be a good path for me to take. So I attended a Christian college to begin studying for this purpose. However it didn’t take long from being out of my parents immediate control and having even a tiny taste of independence and freedom to begin rethinking everything I had ever been taught. Of course this did not happen without some outside influence.

After years of hearing my mother rail against psychology as nothing but excuses and philosophy as a way of opening your mind to Satan, I decided to take some classes and ended up majoring in both. She was partially right about something, philosophy does open your mind, but not to an imaginary evil gremlin whose ultimate goal is to enslave humanity. It simply opens the mind to new ideas and not being close minded.

To this day my parents curse my philosophy professor for ‘leading me astray’.

Some may say I’m just another typical example of how the devil can take possesion of people through exposure to worldly things. The truth is if you shelter your kids from ‘the real world’ they are going to wonder what you are keeping from them and many will run at the first chance they get. If philosophy, being the love of knowledge by definition, is so evil, then what are you saying by telling people to stay away from it?

I’m pretty sure there is a word to describe the rejection of knowledge; it is called ignorance.

After years of rebuilding my beliefs and life I have come to clarity. I realize my parents were raising children, and while this is typically what people say, I believe the mentality of child rearing needs to change.

Stop ‘raising children’, start raising responsible and educated adults who will not only be beneficial to society, but understand how to be a part of it.

74 thoughts on “The Truth About Sheltering Your Kids: Ralph’s Story”