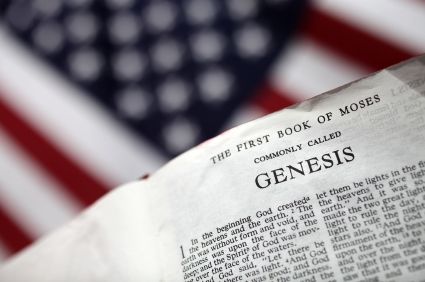 HA note: The following is reprinted with permission from Julie Anne Smith’s blog Spiritual Sounding Board. It was originally published as “The Homeschool Movement: Its Reconstructionist Roots and Rushdoony’s Influence” on December 8, 2012.

“We are authorized by God to challenge all that is not godly! God is angry with the wicked every day, and the sins of the wicked deserve the infliction of God’s wrath in this life as well as the life hereafter!” ~ R.J. Rushdoony

I know the title of this post seems dry and boring. If spiritual abuse is a concern of yours, I encourage you to take the time to read this post carefully. Check out the links and do some research on your own. The information I have found has compelled me to keep blogging, to keep telling my story, and to keep sharing the stories of others. I am just a little worked up on this topic.

This agenda ties these practices together. I thought I was homeschooling my children because I could do a better job than the local public school system. I thought I was homeschooling my children so I could include Bible in their education and also protect them from negative worldly influences. That was pretty much my agenda. But that was not the agenda of the people I looked up to – the leaders in the homeschooling community. We looked to the leaders because they knew what they were doing and could help guide us on our foreign path. But there was an underlying agenda that I didn’t know about, that they did not disclose. It was there all along, but it’s not so obvious. I want to expose that now.

My first article on the homeschooling movement opened up a whole can of worms on a culture that I have been a part of for the last 20 years or so.  Some of these teachings (courtship, modesty/purity, full-quiver) have infiltrated churches and families who do not teach their children at home.  It is a powerful movement and I caught on to the movement without realizing I was part of it.  I embraced certain aspects of it, brought those aspects that I agreed with to my churches.   As we moved around the country (my husband was in the Navy), I shared these aspects with my friends and friends shared the aspects they learned with me, etc.That is how this movement spreads. It can be one particular teaching or many, but they all intertwine, feeding the agenda.

It is important to have knowledge of this movement because even if you have no desire to homeschool your children or maybe you are single or empty-nesters, this movement spreads to churches in some way or other and as we have seen with courtship, patriarchy, and other teachings, some of the teachings leave a devastating path with emotional and spiritual turmoil.

The other night I read an article about Michael Farris that got me worked up. Mike Farris is known as one of the key pillars of the homeschool movement. I wanted to share my thoughts on a situation regarding Michael Farris, but realized without sharing more background information, you wouldn’t get the full picture.  So, please allow me to do that now.

Before Michael Farris was a pillar in the homeschool community, there was another very prominent figure, Rousas John Rushdoony (1916-2001). I believe Rushdoony set the trajectory for the homeschooling movement.  Although Rushdoony died in 2001, he established the basis of the movement long before. These roots are in Christian Reconstructionism.

I found this article which described Christian Reconstructionism very well.  As you read the variety of quoted materials included in the post, I encourage you to keep in mind how the ideas of patriarchy, courtship, full-quiver tie in with this belief system:

Reconstructionism is a theology that arose out of conservative Presbyterianism (Reformed and Orthodox), which proposes that contemporary application of the laws of Old Testament Israel, or “Biblical Law,” is the basis for reconstructing society toward the Kingdom of God on earth. Reconstructionism argues that the Bible is to be the governing text for all areas of life–such as government, education, law, and the arts, not merely “social” or “moral” issues like pornography, homosexuality, and abortion.

Reconstructionists have formulated a “Biblical world view” and “Biblical principles” by which to examine contemporary matters. Reconstructionist theologian David Chilton succinctly describes this view: “The Christian goal for the world is the universal development of Biblical theocratic republics, in which every area of life is redeemed and placed under the Lordship of Jesus Christ and the rule of God’s law.”

More broadly, Reconstructionists believe that there are three main areas of governance: family government, church government, and civil government. Under God’s covenant, the nuclear family is the basic unit. The husband is the head of the family, and wife and children are “in submission” to him. In turn, the husband “submits” to Jesus and to God’s laws as detailed in the Old Testament. The church has its own ecclesiastical structure and governance. Civil government exists to implement God’s laws. All three institutions are under Biblical Law, the implementation of which is called “theonomy.”

Let’s learn a little about Rushdoony. This is from Wikipedia:

Rousas John Rushdoony (April 25, 1916 – February 8, 2001) was a Calvinist philosopher, historian, andtheologian and is widely credited as the father of Christian Reconstructionism and an inspiration for the modern Christian homeschool movement. His followers and critics have argued that his thought exerts considerable influence on the Christian right.

I was glad to find this video on Rushdoony and his Reconstructionist beliefs. It is an interview with Bill Moyers of PBS and is very good. It’s still difficult for me to wrap the idea around my head that part of this belief system is to bring the Old Testament laws into modern times: e.g., death penalty for those who commit adultery, death penalty for homosexuals, etc.

This quotation — from a very interesting article — describes how Rushdoony took his Reconstructionist views and made a case for educating children at home and thus became known as the “father of the homeschool movement” by many:

Key to this strategy was the homeschooling movement.  Education, Rushdoony realized early on, was the best way to distribute his message. To that end, he wrote multiple books on the history of American education, charting its transformation from one-room schoolhouses and parochial schools to urban institutions. These books became guideposts for Christians who believed that public schools were indoctrinating their kids in the false faith of secular humanism. McVicar, the Ohio State scholar, says, “Rushdoony understood that if he changed the way Christians educated their children, he could change the way they thought.”

The homeschool movement is comprised of specific teachings/beliefs. These teachings come from various groups or individuals who share the common thread of homeschooling. These groups work independently and may have different focuses, are in different locations, but again, the foundational agenda can be found in Reconstructionist roots. Interestingly, I had the above paragraph typed up a couple days ago and a few minutes ago I read an article by Frederick Clarkson originally published in June 1994 about this Reconstructionist “movement” and how it has spread over the years:

A Movement of Ideas

As a movement primarily of ideas, Reconstructionism has no single denominational or institutional home. Nor is it totally defined by a single charismatic leader, nor even a single text. Rather, it is defined by a small group of scholars who are identified with Reformed or Orthodox Presbyterianism. The movement networks primarily through magazines, conferences, publishing houses, think tanks, and bookstores. As a matter of strategy, it is a self-consciously decentralized and publicity-shy movement.

Here’s a little more on Rushdoony.  In 1965 he founded the non-profit organization called Chalcedon Foundation to promote the Reconstructionism.  Read Chalcedon’s vision statement here. Here’s a brief summary from Wikipedia:

The Chalcedon Foundation is an American Christian Reconstructionist organization founded by Rousas John Rushdoony in 1965. Named for the Council of Chalcedon, it has also included theologians such as Gary North, who later founded his own organization, the Institute for Christian Economics.

The Chalcedon Foundation provides educational material in the form of books, newsletter reports and various electronic media, toward advancing the theological teachings of Rushdoony’s Christian Reconstructionism movement. It is notable for its role in the influence of Christianity on politics in the U.S. and has been described as “a think tank of the Religious Right.” Rushdoony’s son, Mark now heads the foundation. The Chalcedon Foundation has been listed as an anti-gay hate group by the Southern Poverty Law Centerfor, among other reasons, supporting the death penalty for homosexuals.

Here are more articles I found interesting in researching this topic:

Invitation to a Stoning

His Truth is Marching On

When we think of spiritual abuse, we think of it in the confines of a church. The homeschool movement is different because it has no confines. It is scattered all over the country, people can become as involved as they want in various groups, but what I’ve noticed is that there are behavioral characteristics used by those in the homeschool movement which are similar to behavior used by spiritually abusive church leaders. There are different dynamics, but the end results can be the same.  This is why I keep sharing personal stories about these topics.

4 thoughts on “The Underlying Agenda I Didn’t Know About”