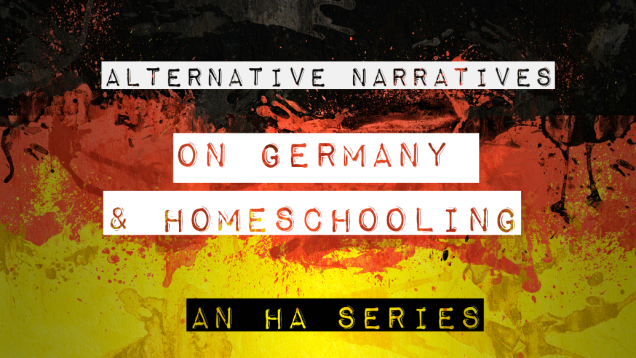 Asylum For Homeschoolers, And Whether The Pilgrims Would Get Asylum Today, By Nicholas Bolzman

HA note: Nicholas Bolzman blogs at Looking for Overland, a joint blog project “authored by three friends who met at Patrick Henry College and then worked together at the Home School Legal Defense Association.” This essay was originally published on May 20, 2013 and is reprinted with his permission. Nicholas Bolzman received his JD from Michigan State University College of Law last spring and is a graduate of Patrick Henry College. Also by Nicholas on HA: “A Game of Online Telephone: Homeschooling, Asylum, and the Attorney General”.

Last [May] the Sixth Circuit Court of Appeals affirmed the Board of Immigration Appeals denial of asylum for the Romeike family. You can read the opinion here. HSLDA, who is handling the case, is promising to appeal.

I’ve blogged about this case previously, but this new opinion is worth a few additional observations.

First, for anyone tempted to blame this decision on a liberal bench or an Obama agenda, none of the judges were Obama appointees. Judge Sutton, who wrote the opinion, and Judge Rogers, who wrote the concurrence, were both appointed by George W. Bush. Judge Sutton, in particular, was initially too conservative for the Democratic controlled Senate and his appointment was blocked for two years. The third judge, Judge Gilman, is a Clinton appointee who was confirmed by the Senate on a 98-1 vote. In this case, all three judges agreed that the family did not qualify for asylum status.

And in a somewhat odd twist, based on my reading of dozens of asylum cases, the family would likely have had a greater chance of success with a more liberal bench.

The conservative strict constructionist model does not have as much flexibility for this sort of case. So this outcome cannot be attributed to any liberal animus or agenda. It was simply a matter of applying facts to law, and these three judges were not persuaded.

Second, the court is abundantly clear that it is not addressing the issue of homeschooling rights under United States law or the United States Constitution:

But the Romeikes lived in Germany when this dispute began. When the Romeikes became fed up with Germany’s ban on homeschooling and when their prosecution for failure to follow the law led to increasingly burdensome fines, they came to this country with the hope of obtaining asylum. Congress might have written the immigration laws to grant a safe haven to people living elsewhere in the world who face government strictures that the United States Constitution prohibits. But it did not.

The question is not whether Germany’s policy violates the American Constitution, whether it violates the parameters of an international treaty or whether Germany’s law is a good idea. It is whether the Romeikes have established the prerequisites of an asylum claim—a well-founded fear of persecution on account of a protected ground.

The case is not about whether the family is entitled to homeschool here but rather whether their treatment by Germany is such that they can obtain status as refugees here. That is a high standard, as not every inconvenience, or even illegal action, creates refugees. It is also a completely different question than what types of government action our Constitution protects us from. This case cannot be used as a precedent to undermine domestic homeschooling rights. If anything, it is further proof that the courts recognize those rights. The Romeike family does not face deportation because they are homeschooling, they face deportation because the court has determined that they are not eligible for the status they sought.

Third, as hinted at above, the court got the law right. The issue was whether the Romeike family feared persecution on account of their religious beliefs or social group membership by the German government if they returned. The court did not reach the question of whether homeschooling is a “particular social group,” but instead denied asylum because it determined that the family had not shown sufficient bad motives on the part of the German government. Again, refugee status is a high standard that all applicants must prove. For asylum to be granted, the treatment must be really bad — something nonsensical, silly, or even inconvenient or illegal is not sufficient.

That’s the law as Congress wrote it, and no matter how much we may want it otherwise, the court can not and should not change it.

Because of this, the whole complaint that the Obama administration doesn’t recognize individual rights or refuses to recognize persecution that applies to an entire country misses the mark. While this complaint is valid, the problem stems not from the Obama administration, or with the reviewing judges and is certainly not unique to this case. Instead, it is a problem inherent in our asylum law as adopted by Congress in 1980. And homeschoolers are just the most recent group to discover this difficulty.

Over the last few decades, Iranian women, Chinese parents fleeing the one-child policy, and even Chinese pastors have run into the exact same problem.

The fact that a government does not single people out for persecution can be a disqualifying fact for those fleeing persecution. Unless we want judges to rewrite the laws, this is the standard. And it’s true that the Pilgrims would probably not get asylum under today’s immigration laws. But that is a problem with the laws, not the judges, the Attorney General, or the President.

Fourth and finally, this case reveals the restrictive nature of our immigration system. For many around the world, and apparently for this family, a desire to come to the United States legally is not enough to obtain legal status. Unless the applicant has a family member here or an employer willing to sponsor them, there is virtually no line to enter for admission. The Romeike family has to resort to asylum because they apparently cannot just apply for entry (they entered on an 90 day temporary visa in 2008 and have been permitted to stay pending the outcome of their case). So, to all the conservative commentators out there, yes, this family did do everything right. But the reality of our immigration system is that even doing everything right still often leads to deportation.

And that is a problem with the law, not with the administration.