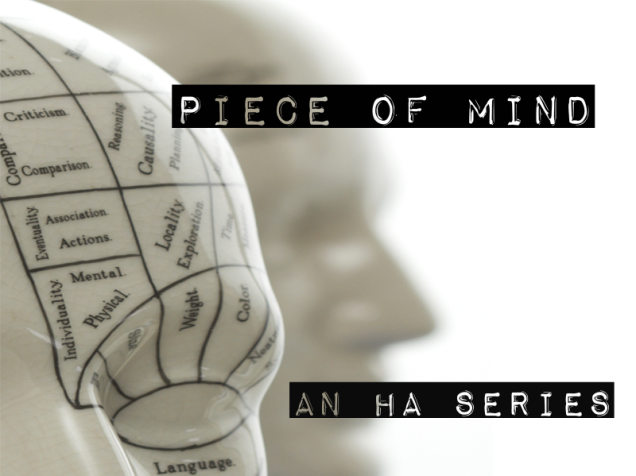 Of Peers, Homeschooling, and Differentiation: By Gertrude E. Leigh

HA notes: The author’s name has been changed to ensure anonymity. “Gertrude E. Leigh” is a pseudonym. Gertrude blogs about growing up in conservative religion, becoming her own person, and LGBT issues (among other things) at http://notstraightandnarrow.wordpress.com.

It’s a question any homeschooler has heard a hundred times if they’ve heard it once. There are several stock answers.

“Oh, it’s definitely a problem – we get too much!”

“Our kids have plenty of friends,” or, “do soccer/debate/art/music.”

Or the most frequent:

“Kids need to interact with a wide variety of people of different ages, not an artificial age-segregated peer group.”

It actually sounds good. Even people who are against homeschooling frequently modify their objections after hearing these answers. After all, being able to interact with a wide variety of people is a huge plus, and if that’s what homeschooling gives you, what’s not to love?

Quite a few things, actually.

As a homeschool graduate who never set foot in a peer-oriented classroom until this year, I see at least two distinct problems that stem from the peer isolation that happens in more separatist homeschool settings.

One is an inability to relate well on a peer level, which is a more serious social issue than most people think. The other is difficulty differentiating, or the inability of children to separate themselves from their parents and become distinct and autonomous persons.

Differentiation as a psychological process begins at a very young age. It is behind the separation anxiety of a child not yet a year old. It is also the cause of two-year-old tantrums and four-year-old defiance and teenage angst. Learning to separate from your parents is an essential step towards being a fully-functioning adult and a person in your own right. Homeschooling doesn’t need to disrupt this normal development, but it definitely can, especially when it is done for the express purpose of sheltering children.

When parents homeschool because they want to avoid secular indoctrination or peer influence, there’s a huge danger that they will end up restricting their children’s mental and social development in ways that are subtle but profound. While the trouble with situations of extreme isolation is obvious, even the family who spends a lot of time socializing with other like-minded families is missing something. The children may appear socially well-adjusted, but they are likely to lack a balanced understanding of how to handle differences in relationships and a sense of personhood.

Peer-to-peer interaction is invaluable in the process of differentiation.

Before a child can come into their own as an independent person, they need to be able to develop their own opinions and perspective. Normally, this happens gradually over time as a person is exposed to people with many different points of view and realizes that it is ok for people to disagree. When parents keep children home to shelter them from the influence of adults with different beliefs and from unsupervised peer interaction, they are depriving them of grasping this fundamental concept. If all the authority figures in a child’s life essentially agree with each other, there is no exposure to independent thinking.

If a child’s relationships with his peers are constantly supervised and censored, there is no safe space to stretch and practice the ability to disagree without disconnecting. This ability is crucial for mature functioning in a free society. It’s also the first step towards developing healthy adult relationships which, in spite of what many of our parents wanted to believe, are almost all peer-based.

When you disagree with your parents, it can be scary. Depending on how controlling and abusive your parents are, it can be terrifying. But when you disagree with a peer, there’s a lot less to lose. Most friendships can survive a difference of opinion or taste. When you are in kindergarten, you might find out your best friend doesn’t like your favorite food. In middle school, you might idolize different singers. By college, the two of you may subscribe to different religious or political views, but you’ve learned that differences don’t have to threaten your friendship. On the other hand, for many homeschooled teens and adults, disagreeing with your parents on anything bigger than food preferences could get you kicked out on the street.

And that’s almost not an exaggeration.

A child who fails to differentiate will become an adult who is easily influenced by those around him. He may be a people-pleaser or an enabler. He will be susceptible to codependent and other dysfunctional relationship patterns. He will make an easy target for abuse. He may have difficulty making decisions. He will certainly place far too much value on what others think of him and may be controlled by fear of his parents’ disapproval long after he has a family of his own. This is not the picture of a healthy adult.

A failure to completely grasp your own autonomy cripples your life more or less severely.

The problem isn’t with homeschooling necessarily. It’s with the reason behind the homeschooling, and it’s with parents like mine who unknowingly buy into an ideology that keeps children from growing up. It’s time we stopped the myth that peer interaction is dangerous (it isn’t) or unnecessary (it’s crucial). Parents need to be aware of the importance of peers to social and mental maturity.

All children, homeschooled or not, should grow up in a safe and healthy environment with all the tools they need to become stable, independent adults.

8 thoughts on “Of Peers, Homeschooling, and Differentiation: By Gertrude E. Leigh”