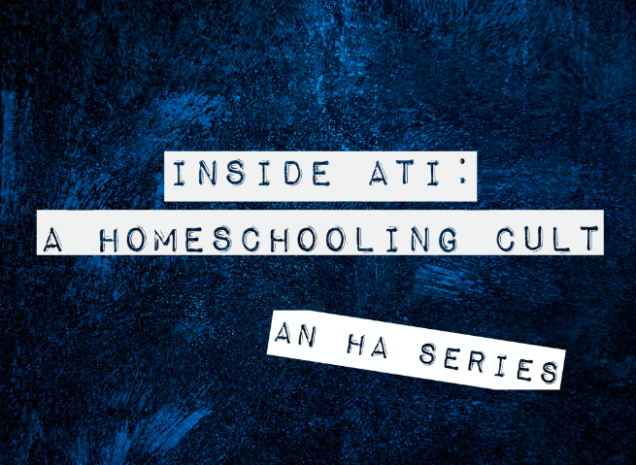 HA note: The following is reprinted with permission from Latebloomer’s blog Past Tense Present Progressive. It was originally published on November 10, 2013.

In my early 20s, I had my first experience living away from home.

It was a Really Big Deal.  Me–a weak, vulnerable, easily-decieved woman, according to the teachings of my family’s pastor Reb Bradley–out on my own, flying to a faraway state.  I was going to spend a few months living and studying music at Bill Gothard’s Indianapolis Training Center.

ITC was a tall drab brick building surrounded by a parking lot, not much to look at.  But that didn’t matter.  As I soon learned, the people staying there rarely ventured outside.  I personally only went outside about once a month during my few months there.  In order to leave, as a legal adult, I had to sign out, state my purpose for leaving, and verify that I was not leaving alone or with a male peer.  For a walk in a parking lot or a view of a run-down part of town, the hassle wasn’t worth it.

Inside the building was where all the excitement and drama played out.  For me, my time at ITC was a huge social challenge. I had almost no experience participating in conversations, eating meals with non-family members, or learning in a class setting. As a result, my stress level was nearly unmanageable from the challenge.  Mealtimes were the worst; I would try to eat when no one at the table was looking at me, and I would have a panic attack if anyone directed a question at me when I was chewing.  I was always the last one at the table, with a plate still full of food, wishing for privacy.

It didn’t help that, even though I was surrounded by hundreds of other fundamentalist homeschoolers like me, I was still the odd one out, because my family was not part of Bill Gothard’s homeschooling program, ATI.  Many of the rules of ATI were new to me, and I’d had lots of trouble finding clothing that fit the extreme and very specific modesty standards, even though my own wardrobe was incredibly conservative.  One of the biggest challenges had been finding a long navy skirt and a plain white button-up shirt, Bill Gothard’s required “uniform” for special sessions.

At ITC, lost in a sea of people with years of experience dressing to ATI standards, I felt even more hideous than normal.

However, I found that many of the other girls in attendance were incredibly sweet, considerate, and fun people, and I considered many of them friends by the end of our time there.  We bonded over late-night candy binges (smuggled in! candy was against the rules!), hallway races with *gasp!* no nylons or shoes (we weren’t allowed to leave our rooms without nylons and close-toed shoes!), and gossip about the “flirtatious” girls who dared to have a conversation with a guy.

We couldn’t stay up too late though, because every morning we were woken at dawn by two songs from the speakers near our beds: first a classical instrumental piece, followed by a boisterous march.  That signaled us to get up and get ready for a day of learning.

The music program was, in my opinion, fairly well done.  I learned a lot about music theory and composition, including how to write 4-part harmony!  But there were definitely some strange reoccurring themes that made an impression on me.  We were taught, for instance, that heavy drum beats in music was demonic because it originated in African music, which was demon worship.  Additionally, we heard that syncopated rhythms, which emphasize the offbeat, would affect our brains and cause us to have a strange shuffling gait.  The “scientific” proof of this was drawings of plants gradually wilting and dying next to a radio–killed by prolonged exposure to rock music.

The emphasis on authority and submission in ITC culture meant that not a single student ever challenged the teachers or expressed doubt at such bizarre, racist, arbitrary, and unsubstantiated teachings.

This attitude affected me too, even though I was an ATI outsider, and I did not spend any time mentally refuting the ideas that were presented.  Gradually, these ideas began to seem “wholesome” to me, associated with the wholesome image that ATI maintains (now, most famously through the Duggar family’s TV show and blog).  The clothing standards, the early rising, the music standards, the sea of smiling white faces–it all began to feel normal and right, and I wondered what was wrong with me that I felt deeply unhappy and “unwholesome” most of the time, under my forced smile.

The authority culture had another dark side as well.  ITC had what it called a “Leaders in Training” program, separate from its music program.  An ITC young adult volunteer would be paired with a juvenile delinquent from the “outside world”.  These two were never allowed to be apart, and the volunteer was supposed to model good character while making sure the juvenile delinquent followed the ITC rules.  People pointed out to me the “prayer rooms”, with doors monitored by cameras, where “rebellious” juvenile delinquents would be held in solitary confinement until they were repentant.  While I was at ITC, one of them tried to jump off the roof.  It was unsettling, but at the time I couldn’t identify the reason.  Now I realize that it must have been incredibly dehumanizing for them to be forced to accept Bill Gothard’s version of Christianity, which gave them a painfully rigid exterior of rules and no tools for dealing with their inner turmoil.

When my time at ITC came to an end, re-entering the outside world felt incredibly strange and foreign.

Almost all music felt oppressive and stressful, which is ironic for having just spent a few months studying music.  People wearing typical clothing looked strange and dangerous, after a few months of seeing nothing but a strict “wholesome” dress code.  And there was so little smiling!  It took quite awhile to acclimate to my regular life again, and to begin to question the culture and the teachings from ITC.

Once I let myself question it, one of my first thoughts was, “Why do people think so highly of Bill Gothard??” He visited ITC a few times while I was there, and I found him to be a strange, short little man with a judgemental face, jet black dyed hair, and a creepy vibe.  At no time did I ever wish to meet him or talk to him, which was very unusual for me, since I typically had to resist idolizing spiritual leaders.

NOTE: I recommend the website www.recoveringgrace.org for anyone who is trying to get out of the cult mentality of Bill Gothard’s programs.