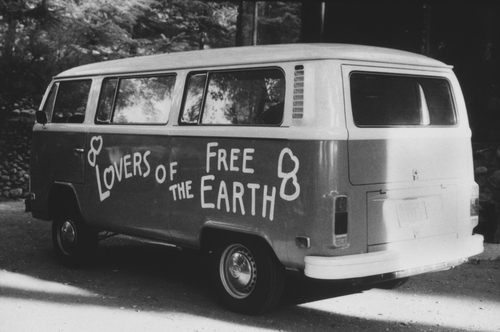 Darcy blogs at Darcy’s Heart-Stirrings. Darcy is a wife and mother to two girls and two boys and lives in the mountains of central Montana.

I believe the popular term nowadays is “crunchy.” I’m a huge supporter of Attachment Parenting, I birthed my babies at home, breastfeed toddlers, harvest my own herbs, make my own house-hold cleaners, have lived off-grid, can milk a goat and make kefir out of the fresh milk. I don’t eat placentas, though. I have standards.

I follow a lot of hippie/crunchy pages and blogs. I have many friends that live this lifestyle, including a great local Attachment Parenting group where I’ve enjoyed hanging out with other parents similar to me.

I’m seeing a movement, a push maybe, toward homeschooling and “unschooling” that is making me feel unsettled.

These are not religious people and most aren’t homeschooling for religious reasons at all.  I completely support responsible homeschooling and the right to homeschool, and I support the right for children to have the best education possible. But I’m seeing homeschooling completely and utterly romanticized by people in my generation who were not homeschooled, not a part of the culture of homeschooling pioneers that I grew up in and experienced firsthand. These people paint homeschooling as the best most awesome experience, many of them never having experienced it, and they all read each other’s blogs that only talk about how great it is and how bad and “unnatural” public schools are. I see people being drawn to homeschooling for reasons that seem…..off to me, and unrealistic and downright misguided. I often want to ask “Are you sure you know what you’re getting yourself into?” but many times from the sound of the conversations, it doesn’t seem like they do.

Many of my crunchy mom friends have expressed surprise that my own kids are in public school.

They just cannot fathom that someone who was so “blessed” to be homeschooled would not “give that gift” to their own kids.

I’m at a loss what to think or say because these are not the fundy homeschoolers of my past. They’re hip, tolerant, non-religious, very nice, educated people, who have been given a pretty picture of homeschooling from blogs that only paint half the picture. I realize that the concept of homeschooling is new and exciting for them while it’s old news to me. But I feel like the picture they have of homeschooling from all these blogs is very unrealistic, and they may be setting themselves up for a harsh dose of reality.

The ideas that are flying around on crunchy virtual hang-out spots about homeschooling also sound suspiciously like everything I was taught about homeschool versus public school. There’s a lot of fear and misinformation and lines being draw in the sand. I’m seeing our schools being demonized, painted as the enemy of our children, the enemy of education and free-thinking, “social experiments” — and don’t forget to throw in a few Hitler references to make it complete.

Then there’s the dogma.

Which really baffles me because I’m used to dogma coming from religion. This meme was posted by a non-religious, progressive parenting page I follow on Facebook:

Now, this meme is old news for me.

The fact that this is now being passed around by proponents of homeschooling and “unschooling” who are not religious and considered “progressive” is concerning. It seems that there is a new hatred of public school that is beginning to take root, and it has nothing to do with Christians. All the illogical, misinformed, sensationalist arguments against public schools that I’ve seen for years, is being repackaged, regurgitated, and spit out all over the websites of people who think they are some kind of pioneers, that this “rebellion” against formal education is all their idea. They ridicule other parents who put their kids in school, saying we must not love our kids if we send them to “government brainwashing centers” (sound familiar?). Which, of course, usually makes me laugh out loud because I’m pretty sure the homeschooling leaders of the conservative movement of the ’80’s invented that term.

Really though, all they’re doing is perpetuating the exact same dogma that has turned so many of us first-generation homeschoolers away from homeschooling.

You don’t have to be religious to be bigoted or to promote propaganda. A young child of non-religious home-schooling parents just told my daughter “Oh I don’t go to school. School is bad.” Now where have I heard that before?

I feel that I am in a unique position.

My past is colliding with my present. Alumni like me have a lot to offer to the conversation of “new wave homeschooling,” but I feel that often our concerns are brushed aside since “oh, well, we aren’t religious so we won’t have the same problems you did.”

But they already are showing signs of the same problems the original homeschoolers had, just from a completely different point of view.

Ultra-sheltering of children, polarizing, dogma, misinformation, and fear are present in this new generation as much as they were in the old. I’m worried about where this might be going, feeling like I’m watching history on repeat, a helpless bystander as some very familiar insanity is marching by me.

I guess what I want to communicate to my hippie homeschooling friends is this: by all means, homeschool your children. But let me tell you what kind of commitment that’s going to require if you want your kids to have a good education. Because all those blogs you’re reading aren’t telling the whole story. Your kids aren’t going to learn what they need to excel in the world by cooking and painting and playing outside all day. Let me tell you how my mom devoted 27 years of her life to doing nothing but educating us because in order to give us a good education, she had time for nothing else. Allow me to tell the story of how sheltering children in the name of “protection” can utterly backfire. Can we talk about what kind of attitudes surrounding homeschooling can damage the children you love and how to raise healthy kids? Perhaps I can offer the perspective of someone who was raised the way you’re dreaming of, only without the rosy glasses you seem to be looking through. And can we not hold to an “us versus them” mentality? Been there, done that, did its damage. Homeschooling can be awesome. But it can also be horrible. Can I tell you my story and the stories of my friends?

Maybe together, the alumni and the neo-homeschooler parents, we can keep some of the disastrous results of the first homeschooling movement from repeating themselves.

52 thoughts on “When Homeschooling Gets Crunchy: Darcy S.’s Thoughts”