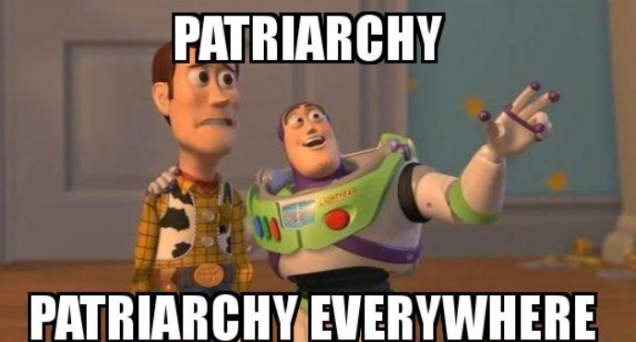 “Patriarchy” has suddenly become a dirty word in the homeschooling movement. Whereas a short while ago it was a badge of honor, a symbol of pure righteous manliness, now leaders are scrambling to distance themselves from this word. They are swearing left and right that they aren’t “it” and they never were “it” and gosh, why are people saying they are? They have been so gracious about “allowing” their daughters the privilege of wearing pants — or the privilege to go to college — they, the men with the divine authority, have allowed this. How could anyone think poorly of them?

The sudden energy exerted by these leaders to claim they oppose Patriarchy has reached corners that are so actually patriarchical it has become almost humorous to observe. Kevin Swanson recently wrote a post on April 18 where he matter-of-factly declares, “I am not a patriarchal-ist. I have never been a patriarchal-ist, and I’ve never called myself a patriarchal-ist.” As evidence he offers the following statement: “It is no sin for a woman to take college level classes.”

Well, gee, that settles that. I eagerly await Bill Gothard’s declaration that he’s not a legalism-ist.

As news about the predatory conduct of Doug Phillips — one of the key figures in the Christian Patriarchy movement — and Bill Gothard — one of the most ardent advocates of Legalism — spreads into the mainstream media, this will become a more common occurrence. The problems plaguing the Christian Homeschooling Movement will be chalked up to “Christian Patriarchy” and “Legalism.” Leaders will swear they aren’t those things and therefore they’re safe. We will be tempted to become fixated on labels and forget that labels aren’t the problem. The problem, as Libby Anne points out, are “the beliefs [they’re] promoting.”

Furthermore, while I agree with Libby Anne that the beliefs should take central stage, I am mystified because few people seem to understand the words themselves. And I wonder whether that’s why the beliefs are getting the short end of the stick. We’ve turned “Christian Patriarchy” into this bizarre caricature — i.e., “not letting your daughters go to college” — that’s completely untrue. Go look at Vision Forum’s “Tenets of Biblical Patriarchy.” Not letting your daughters go to college is not on the list. We’re collapsing so many different categories — Quiverfull, Christian Patriarchy, general Patriarchy, Stay-At-Home-Daughter Movement, Complementarianism, etc. — that these words are becoming powerless.

A fundamental rule of communication is this: “The One Who Defines the Terms Controls the Argument.”

But there is another fundamental rule of communication: “The One Who Employs the Definitions Sloppily Loses Control of the Argument.”

We’re at a point now where someone has claimed that Patrick Henry College is not patriarchical and “proved” it by describing the college in blatantly patriarchical terms. And the reason for that is simple: we’ve exchanged the phrase “Christian Patriarchy” for “Patriarchy,” when the former is simply a particularly extreme version of the latter. Patriarchy is any and every system based on male authority and dominance, one manifestation of which is Christian Patriarchy. We’re also at a point where Michael Farris is confusingly equating “Quiverfull” with “Patriarchy”: not only did he think “not sending your daughters to college” had something to do with “Quiverfull,” he also thought that “not sending your daughters to college” (a caricature of Christian Patriarchy) was the definition of Patriarchy (which is has nothing to do with whether or not your daughters go to college).

Quiverfull and Christian Patriarchy are often confused as the same thing. In fact, Michael Farris himself has confused these categories, when he said that he does “believe women should go to college.” Whether or not you let your daughters go to college has nothing to do with Quiverfull. Quiverfull is, more or less, a specifically Christian form of natalism — the idea of employing procreation as a tool of sociopolitical dominion and categorizing birth control as rebellion against God. Michael Pearl gave us a perfect embodiment of Quiverfull’s dominionist streak, when he recently stated,

“If you can’t out-vote them today, out-breed them for tomorrow.”

That is Quiverfull (albeit a distilled, intense version of it). And see, that sentiment could exist in a matriarchicial society. (In fact, Mary Pride — often considered “the Queen of Quiverfull” — personally insinuated that she believes in Matriarchy more than Patriarchy. Though she has a nonsensical definition of Matriarchy, she has harsh words for Christian Patriarchy advocates.)

Yes, there are many advocates of Christian Patriarchy who are Quiverfull. And by all means, speak out against the dehumanizing and toxic idea that your children are your weapons, and a woman’s vagina is a weapons-building factory.

But remember these are distinct, especially considering there are many advocates of Christian Patriarchy who are not Quiverfull. Take Doug Wilson, for example. Doug Wilson is considered one of the pillars of Christian Patriarchy but believes birth control can be useful to ensure you’re actually taking care of your current children. That’s outright heresy to the Quiverfull crowd.

Myth #3: Christian Patriarchy is Opposed to Daughters Going to College.

The Stay-At-Home-Daughter Movement rose out of Christian Patriarchy. Indeed, many of this movement’s advocates — for example, Voddie Baucham, Doug Phillips, and Geoff Botkin, who promoted or were featured in the film, “Return of the Daughters” — are giants in the Christian Patriarchy movement. But — and this is crucial — not all advocates of Christian Patriarchy believe daughters cannot go to college. In fact, the majority of them are okay with it, provided their daughters (1) are still at home while attending college, (2) do not go to a secular college, and (3) study something relevant to “domestic affairs.” There is plenty to critique about that criteria, but using this “can daughters can go to college” litmus test is a red herring. Case in point: Baucham’s daughter Jasmine — while still living at home — not only has a Bachelors degree but is currently pursuing a Masters degree.

And this isn’t a “new” development in Christian Patriarchy. John Thompson, writing in Patriarch Magazine (a cornerstone publication of the Christian Patriarchy movement during the 90’s), articulated over a decade ago that it was tolerable to let your daughter get college-educated provided that education is gender-oriented and via home study.

So, again — this college litmus test is a red herring.

Myth #4: Christian Patriarchy is two steps away from wearing a burka.

This myth was articulated a few days ago, and I couldn’t help but laugh. Seriously, let’s look at two images of the daughters of popular proponents of Christian Patriarchy: 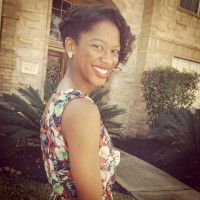 This is pure nonsense. Doug Wilson adamantly and vocally prefers private classical Christian education to homeschooling. He personally founded a private school and did not homeschool his kids. In his 1991 book Recovering the Lost Tools of Learning, Wilson makes clear that he believes “classical private schools to be superior to classical homeschooling.” He states his case so strongly, in fact, that some say “he condemns home school as a viable option,” and one homeschooling parent demanded he “stop being asked to speak at homeschool events.” In his own words, though, it’s not so much homeschooling itself that he objects as much as it is “a radical home-centeredness” that “[insists] that the home can not only replace the school, but also the church and the civil magistrate.”

An appreciation of private Christian education among Christian Patriarchy advocates is not limited to Wilson. R.C. Sproul, Jr. — who co-wrote Vision Forum’s “Tenets of Biblical Patriarchy” with Doug Phillips — agrees to some extent with Wilson. In October 2011, Sproul Jr. said that, ultimately, what’s important is Christian education that teaches “day in and day out the Lordship of Christ over all things,” and thus “the real issue is the secular perspective of the public schools, more than the methodology of homeschooling versus Christian schooling.”

Similarly, Patriarch Magazine argued over a decade ago that, while homeschooling is “ideal,” “Christian schools are a commendable alternative to the degenerate state schools.”

It is pretty amazing that “Christian Patriarchy” as a specific concept — and Patriarchy as a general system — is finally being widely discussed among Christian homeschoolers. Seriously. It is amazing. This is the first step towards wider awareness and change: our vocabulary is being adopted and we can point to that vocabulary to facilitate conversation.

However, we take a step backwards if we start equivocating between terms and diminish those terms’ potency. If you are new to this conversation, please take the time to educate yourself about what these words mean. Libby Anne has a great breakdown of what “Christian Patriarchy” is that she wrote in 2012. Read it. Think about it. Also read about what Patriarchy is and how it differs from the specific subset of Christian/Biblical Patriarchy. Educate yourself about how similar Christian Patriarchy and Complementarianism are (and arguably even identical), and why both are Patriarchy. (And while you’re at it, look up Kyriarchy, too.)

Then reassess this mass hysteria among homeschool leaders who are begging us to consider them anti-Patriarchy. Because they are not.

13 thoughts on “What “Christian Patriarchy” Is Not”