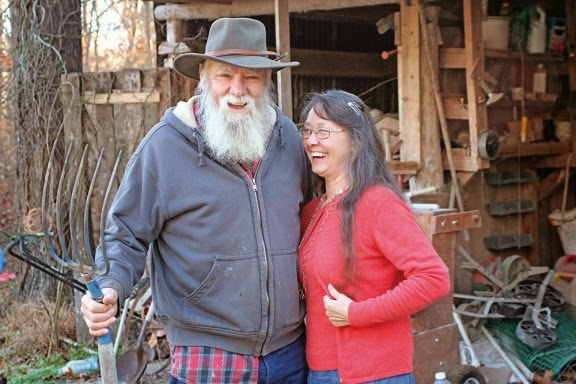 Jeri Lofland blogs at Heresy in the Heartland. The following was originally published by Jeri on April 27, 214, and is reprinted with permission.

In the past, self-confessed “old hillbilly” Michael Pearl has sometimes himself been critical of Bill Gothard for helping create the excesses of the homeschooling patriarchy movement–a highly ironic observation coming from the father of patriarchs! But this week, Debi came out swinging against IBLP victims who have gone public with their stories on “Recovering Grace” and other websites.

Beginning her post with the question, “Whose side are you on?” Debi attacks those who have dared to publish accounts of how Gothard lied to, molested, or otherwise mistreated them. According to Debi, these “critics” are “bitter” (that’s the ultimate pejorative in IBLP circles, remember?), they are “foolish”, and they have joined a “Satanic attack on God’s people”.

On the one hand, Debi describes Gothard as a “man who put his whole life into doing a work for God”. On the other, she denies having any connection to IBLP’s beleaguered “ministry” which, she claims, helped “set thousands of people free from bitterness”.

Gothard and the Pearls have, in fact, had a symbiotic relationship for years.

They attended a Basic Seminar in the late 1970’s. IBLP promoted and distributed the Pearls’ parenting book To Train Up a Child. The website for IBLP Australia still offers at least two of the Pearls’ numerous books. At least one of the Pearl girls worked at Gothard’s orphanage and training center (South Campus) in Indianapolis and the Pearls kept several Russian orphans at their home over the summer. Michael solicited donations for IBLP from his followers. Several of the Pearl children’s spouses were raised in Gothard’s ATI program. (I say “spouses”, but Michael Pearl made it clear years ago that his children do not need any such thing as marriage licenses. A ceremony and their parents’ blessing is apparently good enough.*)

And then there are the Pearls’ highly controversial child training methods, which have now been linked to three child deaths. There is currently a petition circulating to ask Amazon.com to remove To Train Up a Child from its website in the interest of protecting children from parental abuse. According to a BBC report last year, To Train Up a Child has sold over 800,000 copies and boxes of the Pearls’ books have been shipped for free to U.S. troops overseas. “No Greater Joy” pulls in over $1 million a year, with Debi functioning as “the financial brain of the company”, according to her son Gabriel.

Last year, Rachel Held Evans wrote a blunt piece about Michael and Debi Pearl and their abusive “ministry”. First, she quoted Pearl himself describing how to handle a rebellious child:

“If you have to sit on him to spank him then do not hesitate. And hold him there until he is surrendered. Prove that you are bigger, tougher, more patiently enduring and are unmoved by his wailing. Defeat him totally.”  -Michael Pearl

And Evans added her own warning:

But it’s not just children who suffer from No Greater Joy‘s ministries.When I was conducting research for A Year of Biblical Womanhood, I read Debi Pearl’s popular book, Created to Be His Helpmeet…which I threw across the room a total of seven times.

The writing is awful, the biblical exegesis deplorable, but what troubles me the most is that the book reads like a manual for developing abused wife syndrome.

In their story “The Real Michael Pearl” a few years ago, Religious Child Maltreatment pointed out the peculiar rush Pearl appears to derive from seeing small children spanked into silence, and his sense that he has “come upon the holy grail of childrearing”.

To Pearl, and many parents who follow his teachings, the primary goal of parenting is not to support children by fulfilling their needs to feel safe and experience appropriate autonomy, but to control children.

In April 2011, Cindy Kunsman, a nurse explained the physical dangers of Pearl’s teachings in a post on the No Longer Quivering blog. Homeschoolers Anonymous reposted the piece in September of last year:

Due to the severity of the spankings with [Michael Pearl’s recommended] plumbing line, both Zariah and Lydia Schatz suffered renal failure because of rhabdomyolysis.

…[W]e may never learn the details about new cases of Pearl-related kidney disease unless it is reported by the families of the survivors.

Kunsman went into much more detail about rhabdomyolysis in another post at Under Much Grace. This article convinced me that the Pearls are not just cranks, they are dangerous.

If the children are aggressively spanked on a chronic basis, …it is possible that chronic damage could occur in children that is not bad enough to cause kidney failure but bad enough to cause damage.Unless a child undergoes blood tests at some point, “renal insufficiency” (inefficient kidney function that is lower than a normal, healthy level) could be present and no one would be the wiser. It is conceivable that at least some children have experienced some damage, but not enough to produce symptoms of kidney failure.

In October 2011 Rachel Stone wrote about Pearl in for Christianity Today. Her article included sadistic passages from To Train Up a Child and described the Pearls’ methods as “a program of calculated cruelty”:

One child suffering under this training is too many; it’s my hope that the Pearls will be widely discredited, and soon.

In a November 2011 post, a Chicago blogger pointed out that the popular Duggar family, who are still members of Gothard’s homeschooling cult, not only endorse but actively promote the Pearls’ materials on their own website:

www.NoGreaterJoy.org  Features some of the finest in family-friendly, value-based books, audios, videos, and articles on parenting, husband and wife relationships, ministry and more! Materials include, To Train Up A Child, Jumping Ship, Created To Be His Help Meet, Preparing To Be A Help Meet, Only Men, the Good and Evil graphic novel in over 20 languages and a FREE bi-monthly magazine.

Samantha at Defeating the Dragons and Libby Anne at Love, Joy, Feminism have both written boldly about the dangerous and abusive teachings of Michael and Debi Pearl. Author and mother of five Elizabeth Esther, whom Anderson Cooper interviewed alongside Michael Pearl late in 2011, has been both outspoken and tearful about the horrors perpetrated against children when parents follow Pearl’s advice. You can watch the interview for yourself here.

Dr. Frances Chalmers, a pediatrician who examined Hana’s death for the Washington State Department of Social and Health Services, said of the Pearl methods: “My fear is that this book, while perhaps well intended, could easily be misinterpreted and could lead to what I consider significant abuse.”

This video shows Michael and Debi Pearl in action at a child training seminar, apparently at the Cane Creek church that meets on Pearl’s property in a Tennessee hollow. Michael would much prefer to be known through his books than through these clips, but there he is on his own turf:

With his wife smiling and nodding beside him, Michael Pearl laughingly advocates cruelty against children. He encourages hitting children, even infants, with implements. He recommends luring young children with tempting objects and then swatting them to teach them obedience and self-denial. He teaches parents to instill fear in their children on purpose. Michael Pearl seems to get off on asserting his domination of a much younger, smaller human being:

” A proper spanking leaves children without breath to complain. If he should tell you that the spanking makes him madder, spank him again.”

The Pearls have long pointed to the supposed happiness of their own trained and obedient children as evidence of the efficacy of their methods. However, Michael and Debi have not taken well to being called out by adults whose parents followed this couple’s advice. Earlier this month, Michael became defensive against vocal homeschool graduates such as those of us who post at “Homeschoolers Anonymous” and posted his response at “No Greater Joy”. But even as he blasts those who speak the truth about their experiences, Michael must admit that homeschooling is no panacea:

“Not every homeschool experience will be a great success. Some will be total failures; others will be good but not altogether good. In some cases, out of six children a family may lose one or two to the world, but they will have two or three that are exceptional human beings.”

Alas for a child who turns out to be a less-than-exceptional human being! Pearl chalks such failures up to satan at work and recommends people buy more of his books, just to be safe.

I really should not be surprised to see Debi Pearl defending Bill Gothard and his ministry against what she considers defamation. But I look at her daughters, their body language, and I wonder what stories they could tell and what they would say about their famous parents if they felt completely safe.

It speaks volumes that the Pearls feel compelled to hitch their ministry to Gothard’s falling star.

“None of my daughters or their husbands asked the state of Tennessee for permission to marry. They did not yoke themselves to government. It was a personal, private covenant, binding them together forever—until death. So when the sodomites have come to share in the state marriage licenses, which will eventually be the law, James and Shoshanna will not be in league with those perverts. And, while I am on the subject, there will come a time when faithful Christians will either revoke their state marriage licenses and establish an exclusively one man-one woman covenant of marriage, or, they will forfeit the sanctity of their covenant by being unequally yoked together with perverts.”

7 thoughts on “Not On Your Side, Debi: Jeri Lofland’s Thoughts”