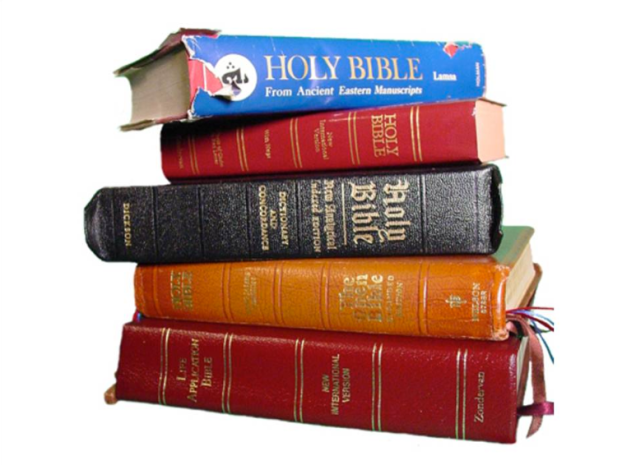 HA note: The following is reprinted with permission from Libby Anne’s blog Love Joy Feminism. It was originally published on Patheos on May 14, 2014.

Sometimes I feel like I have to play this thing from both sides.

And here I am, caught in the middle of misperceptions on both sides.

There is a lot I could say here, but I think it might just be simplest to quote from information put out by the Coalition for Responsible Home Education. This passage comes from “Reasons Parents Homeschool,” a page on the organization’s website.

Sociological research on homeschool families and their motivations, practices, and characteristics suggests that, going back as far as the late 1970s and early 1980s, there have been two main groups of homeschooling parents. First are evangelical and fundamentalist Christians who want to give their children a Christian education, and second are progressives who believe that formal schooling stifles children’s natural creativity and that education takes place best outside of the classroom. Throughout the past three decades, these two groups have coexisted in what sociologists and historians have described as an often uneasy tension. While the two groups at times cooperated, they also each created their own local, state, and national homeschool groups, conferences, and organizations. Research suggests that those with religious motivations have been the larger group by far since the 1980s, and that this group has also been the more successful at networking and building organizations and infrastructure.

Recent work suggests that these two groups continue to exist with very similar motivations and characteristics as in the past. Many parents today continue to homeschool for religious reasons, and religious homeschool curriculum is common. Conservative evangelical speakers teaching the supreme importance of the family and the scientific reality of creationism make their rounds speaking at homeschool conventions and before homeschool audiences across the country. At the same time, progressive educational reformers such as John Taylor Gatto speak at “unschooling” conferences and gatherings, encouraging parents to forgo classrooms and textbooks and engage in radically child-led learning.

Even as many parents continue to homeschool for religious or pedagogical reasons, recent sociological work suggests that an increasing number of parents are choosing homeschooling for purely pragmatic reasons: because the academic quality of the local schools leaves something to be desired, or because of bullying or health problems. Some families homeschool in order to be closer as a family, or simply so that children may have access to an individualized education. While homeschooling in the past has often been an act of religious or pedagogical protest, homeschooling has today become mainstream and accepted as a valid educational option. In an era of increasing school choice, parents turn to homeschooling for a variety of practical reasons that are often very family-specific.

I also want to quote briefly from “How Have Scholars Divided Homeschoolers into Groups?“, which adds another dimension to this.

I want to finish with a chart from the National Center for Education Statistics. The data displayed was collected in 2011.

When reading the chart, bear in mind that many scholars feel that sociological work may get at parents’ motivations more accurately than a survey of this sort. I tend to agree, as my parents might put academics down as their number one reason for homeschooling on a survey like this even though they are very clearly and solidly religious homeschoolers. Further, “a concern about environment of other schools” may mean a variety of things, religious or secular. Finally, some scholars question whether religious homeschoolers may be less likely to participate in a government survey of this sort, and whether that may skew the results.

If you want to read more, you may also find “A Brief History of Homeschooling” and “Homeschool Demographics” of interest.

2 thoughts on “Not All Homeschoolers Are Religious (But Many Are)”