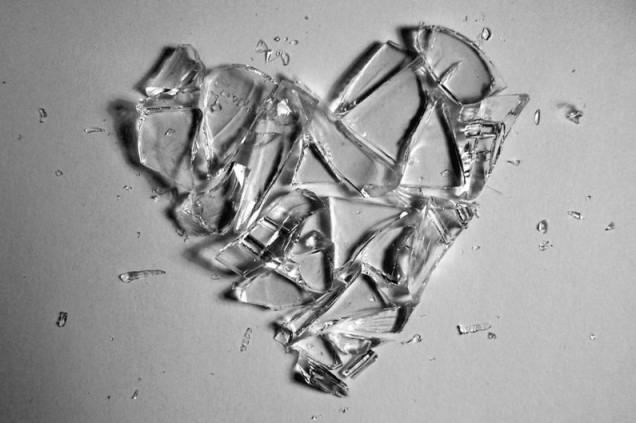 HA note: The author’s name has been changed to ensure anonymity. “Dinah” is a pseudonym.

I’m going to be honest—growing up in the Christian homeschooling world is hard.

People in the community that I grew up in were picture perfect families, with all their perfect children all in a perfect row, making perfect grades, milling their own wheat and making their own bread.  They were highly esteemed Christians who (of course) have a home church and serve their fellow brothers and sisters in Christ. These people sound like they’d be lovely to be around, however, that was not the vibe I got at all. There is a heavy feeling that comes with being around those families—judgment:

Every homeschooler I talk to tends to make me feel self conscious and guilty for not being the same as them. But there’s one thing that I can not stand. You don’t have a purity ring? Shame on you! Don’t you know that you are dirty if you even think of having sex or kissing before your wedding day?!

This is the message I got every single time I listened to anyone who spoke on purity. That’s what I was being told every time I went to a “purity seminar” or read a book on purity. People were going around telling girls that “God doesn’t want you having sex before you’re married. It’s a horrible sin, and if you do it, you won’t be pure anymore. You won’t have a gift to give your husband on your wedding. You’ll be used goods.”

I didn’t want people to think I was dirty—so that’s why I didn’t speak about my sexual abuse for 7 years after it stopped.

I didn’t tell anyone. I put on a façade. I am a quick learner, and always have been. I learned all the answers. I knew all the Christian responses to many situations, I knew what purity was and what was required of girls who wore a purity ring. So that’s what I fed anyone who wanted to talk. I put on this mask. I pretended that I had never had a sexual encounter, that I was oblivious to sexual desires, that I would never kiss a boy until my wedding day. Every time I lied, or just fed people answers, I was digging a deeper, and deeper hole for myself. That hole is what became a dark depression.

Every girl struggles during puberty. It’s exciting, but often times it’s hard to accept your new curves and all the changes that are taking place. You notice that boys look at you differently. You hear about purity, and how you should dress modestly so that men and boys don’t think about you in a sexual way. That’s what made puberty a living hell for me—a living hell that I could tell no one about.

“You must dress modestly so boys don’t think sexual things about you” translated to “Your new body is going to attract more men and boys, and if you mess up or dress wrong they’re just waiting to rape you.” There’s no way in hell that I wanted to attract anyone. I didn’t want these curves. I didn’t want to look like a woman. I didn’t want to enter this world of boys and sex and marriage because of what I had experienced for 5 years. When I was 4 years old a family member molested me and sexually abused me– forcing me to do things, and forcing himself on me. This went on until I was 9 years old.

By the time the abuse had ended, I knew much more than any 9 year old should know about sex. I knew so much, but I also knew that if I told anyone, I’d be in a lot of trouble. My abuser made me believe that what he was doing was okay, but if I told anyone he would hurt me. Because I was only 4, he was able to scare me so badly that I didn’t realize that what he was doing was wrong. I listened to him and kept quiet.

Well, when puberty hit me when I was 11, I was introduced to the concept of purity. This scared me because I knew that I had already had sex, and already kissed, and already did everything that I was being told not to do. That’s when the depression set in. I was so depressed that I became suicidal, started cutting and started struggling with an eating disorder. I didn’t want to be attractive. I didn’t want attention from boys. I was afraid that my abuse was going to happen all over again. I didn’t want anyone to find out about my abuse.  I just wanted to get away from this guilt and shame. This feeling that I was used goods, and that I’d never find a man who will love me.  I wanted to die because that was the only way to escape the pain.

Never ever make purity such a priority that it makes a girl want to commit suicide.

Looking back, I know that if someone had said that sex is a wonderful thing that is supposed to be enjoyed, I would have told someone about my sexual abuse a lot sooner. If I knew that sex was good, I would have known that what was happening to me was wrong. It was not good, it was not enjoyable. Because people were telling me that sex wasn’t good, that I would be dirty if I had sex, I didn’t tell anyone because I was full of shame. I didn’t want to be the girl with a scarlet letter. I didn’t want to be dirty. So I didn’t tell.

I’m still coming to terms with my abuse. I still struggle. But I no longer hold myself to the standard of purity. I’m not going to wear a purity ring, because that doesn’t mean anything to me. I am going to obey my heavenly Father and I’m going to honor Him with my body. That’s really all that matters.

I want people in Christian homeschool circles to talk about sex in a positive way. I want parents telling their kids that sex is amazing and enjoyable, but it also comes with a lot of responsibility. I want people to stop shaming girl’s bodies, or boy’s sexual desires. I want people to be careful about what they talk about when they talk about purity. Talk about sex in a way that is positive, because if someone is being abused they’ll know that something is wrong with what is being done to them! Never ever tell someone that they’re dirty. Never encourage the shame that is already abundant.

I’m not “pure” by society’s standards, but I’m pure by God’s standards. That’s all that matters.

10 thoughts on “How Purity Culture Kept Me Silent About My Sexual Abuse as a Child: Dinah’s Story”