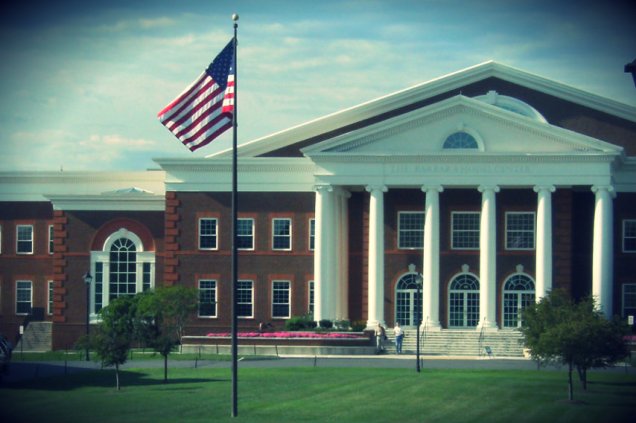 A day after Kiera Feldman’s piece was published, PHC fired back with a “Statement by Patrick Henry College to concerned alumni and students about article in The New Republic.” The college’s statement was disseminated that same day to alumni and a day later to PHC’s general student body (where it was met with student applause). The statement, which you can read here, claimed that, “PHC earnestly sought to do the right thing in each instance, did not attempt to cover-up any sexual crimes, and did not seek to blame women for the improper behavior of male students.”

PHC also stated that it had “commissioned a specialized legal firm to undertake an audit of our sexual harassment policy and procedures, both to review past events and to recommend further improvements.” In response to both the New Republic story as well as PHC’s statement, the college’s official alumni organization — Patrick Henry College’s Alumni Association (PHCAA) — issued their own statement to the college’s Board, Faculty, and Staff. As I reported at the time, “PHCAA said it condemned all acts of sexual abuse and harassment and ‘categorically rejected’ any form of victim-blaming. Without commenting on the particulars of the recently publicized sexual assault cases in Kiera Feldman’s piece in the New Republic, PHCAA stated that (1) it is a fact that students have experienced sexual mistreatment and (2) the college needs to provide better victim care.”

PHCAA also requested the college be “far beyond reproach” by allowing “an independent review of the New Republic incidents, and those propounded by any other past allegations of sexual assault, either in this audit or a separate one.” The college agreed to this request; on February 19 the PHC Independent Review Committee (IRC) was commissioned. The IRC consisted of 8 PHC alumni: Chair Megan Kirkpatrick, Jenna Lorence, Daniel Noa, Matthew Roche, Lindsay See, Holly Vradenburgh, Brian Wright, and one additional member “whose employment prohibits disclosure” (according to the IRC). The IRC later added one final member, Jordan Wood Benavidez.

The final report — addressed and sent directly to PHC Chancellor Michael Farris — reveals disturbing facts. Some of these facts include:

• The college administration tried to stonewall the IRC’s investigation:

“In early March, the Chair asked to interview College officials about past policies and instances of alleged sexual misconduct. On March 26, the Chair received an email from Dr. Walker directing theChair to abide by certain guidelines for the interviews. The same day, the Chair objected via email and provided a list of possible parameters for the interviews. According to Dr. Walker, College staff refused to be interviewed unless the Chair agreed to refrain from asking questions about the New Republic article and the incidents detailed therein.”

• There are serious discrepancies between the administration’s claims about the number of reported assaults and the students’ own claims:

“Dean Corbitt responded in writing on May 1, indicating that there had been only four (possibly five) instances of alleged sexual misconduct at PHC between 2006 and the present, along with brief answers to the other questions. On April 23, the Chair sent the College a survey for distribution to current students… The survey responses revealed a radical difference between the allegations of sexual misconduct that students and alumni claimed to have reported and the small number reported by Dean Corbitt on May 1.”

• The majority of the current PHC student body, as surveyed by the IRC, does not understand sexual assault:

“50.5% of respondents agreed or were neutral to the statement that someone has to fight back or tell someone to stop for a sexual encounter to be non-consensual.”

• At least 28 alumni — 2 of which were minors at the time — have been sexually assaulted or harassed during their time at Patrick Henry College. (Furthermore, this number only includes incidents from 2006 on. The college was founded in 2000.)

“28 respondents said that during their time at PHC, they were sexually assaulted or harassed in some way (including but not limited to stalking, harassing emails/phone calls, inappropriate touching, groping, being recorded/photographed without consent, and rape), and 2 respondents said at least one of the persons involved were under the age of 18.”

Again, you can view the “Final Report” here and the “Recommended Sexual Misconduct Policy” here in entirety.

Update, 08/06/2014: You can read PHC Chancellor Michael Farris’s response to the report and recommendations here.