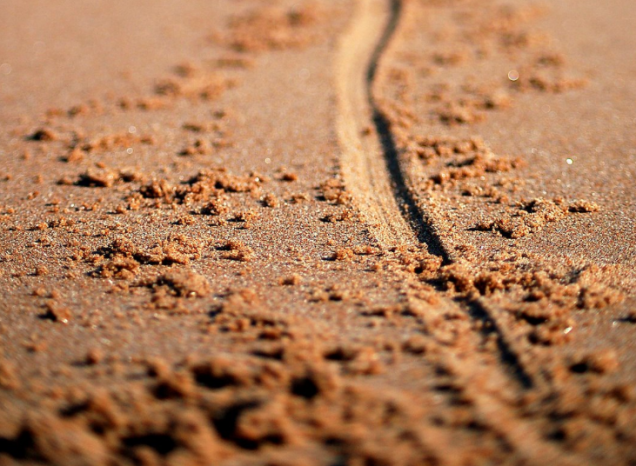 HA note: The following is reprinted with permission from Julie Anne Smith’s blog Spiritual Sounding Board. It was originally published on August 30, 2014 and has been slightly modified for HA.

Michael Farris, one of the pillars of the modern Homeschool Movement and founders of Home School Legal Defense Association (HSLDA) and founding president of Patrick Henry College, released an article addressing abuses within the Christian homeschool community in his article,  “A Line in the Sand,” in which he specifically called out two fallen leaders within the Homeschool Movement:  Bill Gothard and Doug Phillips. Farris publicly condemned some of the teachings of Gothard and Phillips, saying they “damage people in multiple ways.”

He’s absolutely right. A lot of damage and abuse has occurred because of the teachings of these men.

I’d like to go over his article in greater detail and also make observations based on other systems in which abuse was uncovered. Let’s start with this doozy right here:

Although some people want HSLDA to be the police force of the homeschooling movement—removing those who miss the mark in some manner—that is not our role.

Would someone please tell me when it is NOT the role of Christians to protect and defend the defenseless?  Chapter and verse, please.

Even though I have been uncomfortable with the teaching coming from each of these men for several years, it is not my place to try to remove viewpoints from the homeschooling community just because the HSLDA board or I hold a different view.

I repeat: Would someone please tell me when it is NOT the role of Christians to protect and defend the defenseless?  Chapter and verse, please.

This next sentence is important:

Our role is to defend the freedom of everyone to homeschool.

This sentence needs to be understood as an underlying theme of HSLDA. Please tuck away this statement because I will be coming back to it. This is key to the ministry work of Farris and HSLDA.

Frankly, we should have spoken up sooner. How much sooner is hard to say.

How much sooner is hard to say? That’s like saying, “I saw the ravaged bodies lying on the side of the road, but decided to walk on by and keep that information to myself. It didn’t seem like the right time to say or do anything, so I didn’t.”

The reason I used such strong imagery is because later, Farris clues us in that he really does understand the damaging effects of these errant teachings. He knows that the teachings have led to a crisis of faith in which some have rejected Christianity entirely:

I’ve come in contact with many young people who were raised in patriarchal or legalistic homes. Almost none of them are following these philosophies today. Some have rejected Christianity altogether.

It’s important to understand WHY Farris and HSLDA did not speak up sooner. Why did they leave ravaged bodies on the side of the road?

Why would someone knowingly withhold information that could protect children and wives from abuse?  Let’s look at some other situations in which people had information and chose to keep it silent.  We can see similar patterns in other popular stories related to abuse.

In the Jerry Sandusky Penn State sex abuse scandal, there were people who knew information about Sandusky and didn’t report. Why didn’t they report? What was the motivating factor in keeping quiet?

We’ve long suspected, but now have confirmed by sworn court testimony that Grant Layman, a pastor at a Sovereign Grace Ministries church, knew that Nathaniel Morales had sexually abused children before, but failed to report to authorities.  Why did this pastor, a shepherd of God’s precious flock, fail to report?

In June of 2014, Paul Tripp resigned from his position on the Mars Hill Board of Accountability and gave very little reason as to stepping down.  Yet this week, nine Mars Hill church elders (one of whom has since been fired for speaking out) published a document about their grievances with Mark Driscoll. In that document, Paul Tripp expressed very strong words about the abusive nature of Mark Driscoll and his ministry:

This is without a doubt, the most abusive, coercive ministry culture I’ve ever been involved with.

Why did Paul Tripp not share that bombshell of info back in June when he resigned?

Why did Acts 29 take so long at calling Mark Driscoll out and removing his name and Mars Hill Church from the Acts 29 members list?

At what point did each of these people decide enough is enough regarding known abuse?

What was it that kept them from being completely transparent earlier when they had knowledge that could have prevented more abuse from occurring?

These men used self-preservation and defended their idols.

What was the idol in the Penn State sex scandal? I believe it was the Almighty Dollar. Sandusky represented football wins for Penn State. If it was publicized that Sandusky was a pedophile, how would that affect Penn State and their record? It was too much of a gamble. People put the thought of pedophilia aside and likely said, “it’s a personal issue,” or “someone else is surely dealing with it.”

What was the idol with CJ Mahaney and Sovereign Grace Ministries abuse cases?  I believe it was his doctrine and authority structure that prominent church leaders adhered to. Mahaney had charisma, he had the right New Calivinism doctrine, people loved him at conferences ($$), he also really understood one of the primary issues in those circles, “biblical” male and female roles, complementarianism. What CJ Mahaney represented doctrinally was apparently more important to them than Mahaney’s victims.

I believe the same is the case with Mark Driscoll, pastor of Mars Hill. Why has it taken people so long to call him out? Because once again, he represented their doctrine in a powerful way. Somehow, church leaders could easily dismissing his cussing, his bullying, plagiarism because the more important message to them was that he had the right doctrine – again, New Calvinism. That was the idol.

Going back to Farris and HSLDA – why is it that Farris waited so long to disclose the truth he knew long ago about Phillips and Gothard? Because it would have cost him.

Although Farris knew there were problems with the teachings of Phillips and Gothard, the bulk of their other ideologies lined up with the trajectory of Farris and his ministry’s movement. For him to call them out earlier would mean a loss of supporters and revenue, as both men had a very large following. Farris would have been forced to stand alone. The followers of Gothard and Phillips would have been left in a quandary of picking who they would follow and support, and subsequently, there likely would have been economic consequences at HSLDA. The following quote shows Farris/HSLDA was willing to support and promote errant teachings and now has regrets:

While we did not directly promote their teachings using our own resources, we did allow Vision Forum to buy ad space to promote their products and ideas. We were wrong to do so. And we regret it.

I believe Farris waited until he realized that the court of public opinion had turned against Phillips and Gothard.

For Farris to not speak out at this time would have been a liability to his ministry. He had to speak out now. Will he do more than speak? Will he use his prominent position in the Homeschool Movement to defend and protect victims?

That remains to be seen.

There have been quite a few articles related to Farris’ article and the conflict within the Christian Homeschool Movement:

• CHRE –  Why Homeschooling Needs Oversight: Responding to HSLDA and WORLD

HSLDA and CRHE’s positions on homeschooling policy differ because they serve two different audiences: HSLDA’s mission is “to defend and advance the constitutional right ofparents to direct the education of their children” (emphasis added), while CRHE’s goal is “advocating for homeschooled children.” In theory, though, policy recommendations should be able to benefit both homeschool parents and homeschooled children.

In a humble act of public repentance, Michael Farris, on behalf of the Homeschool Legal Defense Association (HSLDA) , apologized for not “speaking up sooner” about the errors of Vision Forum and Doug Phillips.

Farris had “been uncomfortable with the teaching coming from each of these men for several years” but was reluctant to speak out because he did not believe it was the role of HSLDA to police the teachings of those within the homeschooling community.

“With these recent scandals in view, we think it is now time to speak out — not about these men’s individual sins, but about their teachings,” Farris wrote. “Their sins have damaged the lives of their victims, and should be addressed by those with the appropriate legal and spiritual authority in those situations, but their teachings continue to threaten the freedom and integrity of the homeschooling movement. That is why HSLDA needs to stand up and speak up.”

Two leaders of the Christian patriarchy movement — Doug Phillips and Bill Gothard — have been hit with sexual harassment and abuse charges in the past year, which has drawn attention to the movement’s teachings — extreme even within the Religious Right — that women should be completely submissive to the men in their lives.

HSLDA and Farris have faced particular pressure to repudiate Phillips and Gothard in the past year from some former homeschooled students who have claimed they were abused—physically, emotionally, or “spiritually”—by their parents. Many are represented by a website called Homeschoolers Anonymous, as WORLD reported in its recent article about homeschoolers and abuse.

These concerns should be equally applied to radical homeschool and family integrated church leaders.

In fact, it behooves these men and their organizations to make their positions clear: will they continue to silently stand with their past relationship with Doug or will they formally and publicly distance themselves from Phillips’ errors?

6 thoughts on “From Silence to Exposure: Why Did Michael Farris Speak Out Now?”