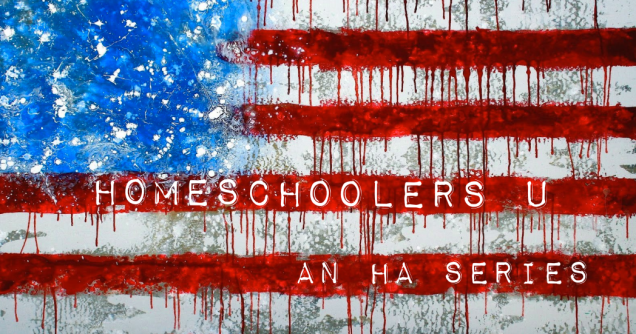 HA note: The author’s name has been changed to ensure anonymity. “Hope” is a pseudonym specifically chosen by the author. All other names herein have been changed as well.

“Moving on,” in my case, meant a complete restructuring of my world at PHC. I changed rooms and churches, stopped hanging out with other students from Distance Learning, and started asking a lot of questions about the Tragic Meltdown.

From the ones who would talk privately, I learned a great deal.

I learned that the quickest way to annoy any student was to suggest that someone “won” the fight – everyone was eager to assure me that there were no winners. “Everyone got hurt,” the students said emphatically. It was the most common refrain. Even Dr. Farris had not gone unscathed. People didn’t easily forgive him for airing his disagreements with the professors at the student’s graduation. “That day was about the graduates! Many of them were close with those professors! Why should they have had to hear their mentors abused in public on what should have been their day of celebration?”

I learned also that the fight had been building for years, but mitigated through the efforts of the former Dean of Academic Affairs, who was able to keep the peace. It was only when the dean had enough and left the school that the whole Meltdown happened – which made me suspect that he’d probably left to avoid burn out.

I also learned that no one really could explain why it happened. I heard a lot of theories. Dr. Farris’ temper figured prominently in most versions. Others might reference a flaw of this professor or that. One of the professors was prickly about his honor, couldn’t shrug off an insult. Another professor was egging things on, demanded that the students in his class take sides – the one girl who’d walked out told me she’d done so because she figured if she had to take a side, she’d prefer to at least pick which side it was.

I asked about the writings, said that they didn’t look like they were in conflict, and was told that it was a fight more of personalities, than doctrines. As I said, however, these were the things I learned from those who would only talk in private.

The newcomers, far from helpless, lashed back indiscriminately with their own equally insulting conviction that the seniors were mighty poor losers who should just drop the subject.

It was as if someone planned a birthday party and a wake in the same location at the same time and didn’t bother to warn the guests.

So there’s people with party hats and noise makers wandering around, bumping into black-armbanded mourners with tissue boxes. And both groups are convinced it was the other group who read the invite wrong.

I got into an email exchange with one of the three when she sent out an All Student Email that I thought was unnecessarily antagonistic. I asked why she was even on campus if she was so determined to be displeased by everything. She told me she was trapped, her credits wouldn’t transfer, and so she had to stay if she wanted her degree. She only had to tough it out one more year.

That, I completely understood.

Still, the year of the toxic party-wake created the unshakable image of the “bitter alum.” These few students, with their alumni counterparts, had long since given up any hope of fixing things. They weren’t talking out of a desire for reform. They were there only because they were trapped, and so they only communicated anger and despair.

In time, of course, those voices fell silent as they found areas in which they were accepted and welcomed and encouraged to invest.

But other voices arose, belonging to people who were angry but not in despair, and they were not heard.

The Administration went through a complete turn-over after the Tragic Meltdown. So did the student body.

The Legend of the Bitter Alum was known, but not the context, not the motives, and not the identity.

As the legend was neither forgiven nor forgotten, there were many who were eager to hunt the Bitter Alum and only the people who had been there could know that the Alum of Legend had moved to greener pastures.

The Board had been too far removed from the action, those in the Administration who could be expected to know were removed from power, and the Student Body and most of the alumni were just too young.

When the New Republic Article came out, the Alumni President went to the Board and told them they had better listen this time. He warned them that the voices behind the article were not the same voices they had assumed. This time, there had better be reform, because the costs of doing otherwise were far too great.

For the most part, there’s been progress. The school did create an Independent Review Board, they encouraged discussion of the IRB’s findings, and they seem willing to support the suggestions. We’re still waiting to see how far they are willing to go, but all gains are incremental.

In the meantime, just gotta keep talking. Increment by increment, I’m confident we’ll get there if we’re just persistent enough.

3 thoughts on “The Legend of the Bitter Alum: Hope’s Story, Part Three”