Eleanor Skelton blogs at eleanorskelton.com, is the news editor of the UCCS student newspaper, and is majoring in English and Chemistry. The following was originally published on Eleanor’s blog on January 13, 2015, and is reprinted with permission.

Can You meet me in my room?
A place where I feel safe
Where I don’t have to run away
Where I can just be me. – TFK, In My Room

I was like a kid on an adventure the first night in the new apartment.

The second or third night, I called Cynthia B. crying and homesick. She said it was normal and part of growing up.

Until 2012, I never spent a night away from home without my parents. Then I stayed at a friend’s house one weekend in June before leaving.

And I had no idea how to cook.

My first roommate taught me how to make ramen in the microwave.

Dad always worried I’d burn myself on the stove or slice open my finger. Or spill something. I begged them to teach me throughout my teen years. I even planned a dinner when I was 14 and brought Mom the recipes, but Dad didn’t let me.

I started seeing through the cracks, saw how much fear had controlled all of our lives.

I biked to school and rode the bus for the first three months. Then my parents gave me back part of the money so I could buy a car in November 2012.

My second roommate taught me how to live paycheck to paycheck, how to find cheap, gluten-free food when I discovered I was allergic like her.

In April 2013, I found Spiritual Abuse Survivors blog network through a friend and soon after, Homeschoolers Anonymous.

I read about more gentle parenting methods at Permission to Live.

Through reading blogs and talking to friends, I learned it’s not normal to spank your children until they stop crying because crying is “rebellious” and leaving bruises and teaching your child to cover them is also considered abuse.

Most people, even those who grew up in church like me, weren’t spanked until they were 14 and threatened with a belt until age 18.

I started dealing with my dark side, confronting why I self-harmed.

A school counselor helped me through the first year, and my Christian counselor later came out of retirement briefly and my parents and I went to group counseling summer 2013.

Because… my parents did not back down because I left.

The first Sunday after leaving, I went down the street to visit a new church.

My family drove by while I was walking down the sidewalk, rolled down the car windows, and shouted, “Just remember, Bob Jones is still available!”

My dad sent me advertisements for cars he would buy for me if I went to Bob Jones. And a deluge of letters and text messages and emails and phone calls pleading for me to reconsider the first year I was away. My parents dropped by the Science Center on campus while I was tutoring, bringing gifts and asking me to come back.

My anxiety issues spiraled, but my professors understood, giving me extensions.

Heart and brain argued on where to draw the line. I loved my parents, but I wasn’t a child anymore. I didn’t want to have to choose between my family and my adulthood.

Which is why I identified with Tirzah’s story on Homeschoolers Anonymous last week: “Only in my mom’s sad world of jumbled theology would moving out be akin to losing one’s family.”

Everyone told me that my freedom would have a price.

But some days, I ache, wishing my family understood me. Understood my heart.

Understood that I don’t write to condemn them, I write because I’m in pain. I write because I want our relationship to change and heal. I write, pleading with other homeschool parents, “Please, don’t do this to your kids.”

I’m told that blogs are biased, I’m accused of not showing both sides.

So I’m including three open letters between me and my parents and one of the more impersonal ones my sister sent. Quotes can be taken out of context, so here is the entire conversation.

Letter from my parents 11-12-2012
(After the 2012 election. I had voted to legalize marijuana in Colorado after researching studies on the chemical effects of THC.)

Letter from sister 10-27-2013
(Mostly an essay arguing that my actions require the church discipline in Matthew 18.)

Right now, my relationship with my family is inconsistent. We talk sometimes. They help in a pinch, but I fear control creeping in again.

But I know they don’t accept me or approve of me. Nothing seems to count now. Not being self-sufficient, not holding steady jobs, not graduating college this spring. Not my passion for journalism or theater.

It’s like my leaving was an earthquake, and now a canyon lies between us.

But I found others on this side of the canyon, too.

Friends who later asked me to help them escape their own boxes. Professors who encouraged my independence, who had life phase changes of their own in college. My pastor friend in Texas who listened to my story and made me want to try church again.

You know what?
I realized something yesterday.
I don’t think my family is my family anymore.
I mean, I will always love them, and they are blood.
They are my kin.
But they are not the family I grew up with anymore. That is now changed forever.
My “family” now emotionally is more like Ducky [my second roommate], you, the two Cynthias, other close friends, and my professors.
You all treat me more like family and support me more than my own family does.
I think this realization makes me more okay with emotionally separating from my family, too.
Because at least I have you all. ❤

Yes, the fight was worth it. Now I am free. Free indeed. 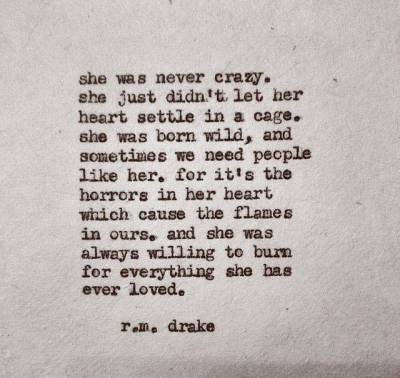