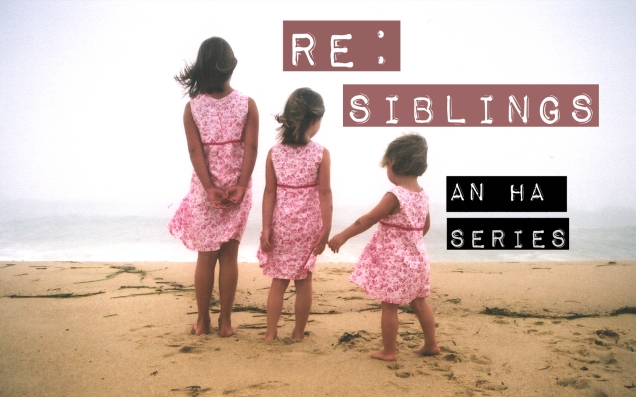 Pseudonym note: The author’s name has been changed to ensure anonymity. “LJ Lamb” is the pseudonym chosen by the author.

Mum had these weird beliefs about Christianity. She believed that when you became a Christian you gave up your human rights. I’m going to let you think about that. Stop, re-read that, and let it sink in. My mother believes that no Christian has any human rights. None, zero, zilch, nuda. Feel free to grab your spew bag now.

One of my older brothers had a particular thing for beating, bullying, destroying, and even killing anything and everything he could get his hands on. Everyone younger than him was petrified of him. It only got worse as he got older.

I pleaded with him to let me deal with it and not hurt our younger brother.

Another time he took some things that belonged to me. I ascertained to the family members there that taking something from someone without permission was stealing. Mum agreed, until she heard that it was her little ‘angel’ who did it. Allegedly she prayed about it, and God told her that I needed to learn to give up my rights.

It shouldn’t come as any surprise, then, when he worked out how to get into my bedroom and my bed so that I couldn’t kick him out without making a fuss to mother (who would of course side with him all my experience told me) despite me feeling desperately frightened and dirty. I was certain I must be displeasing God, but believed with all my heart that if I went to mum she would punish me and turn me over to the wolf.

So I didn’t scream.

I did the best I could. I tried to amuse him every other way under the sun. I knew he wanted sex. I was so frightened of him. What he would do to me if I as much made a peep. I kept putting my clothes back on. When at the end of the day mum finally came to put me to bed that night and found him in bed with me, his instant reaction was to blame me.

It was my idea. My fault.

By this stage I had already started blocking memories, so I couldn’t even remember what happened earlier that day. I was too frightened to speak. But I felt so dirty. I have no idea what he told my parents later, as I begged out. I pleaded to be smacked instead. After all, we were taught that beating makes atonement for wrong. Beatings were the only way to be worthy of God’s forgiveness. I intended to later get a belt and whip myself or get my younger sister to do it as a favour to me. It still makes me sick to think of it.

I knew what happened that day wasn’t right. I just didn’t realise for years that I had been conditioned to it and groomed for abuse. I didn’t realize it wasn’t my fault. God wasn’t choosing not to forgive me because I was too evil. He didn’t see me as having sinned in the first place. He saw me as the hurt, not the hurter. And He loves the scarred and hurt girls as much as the ones who weren’t abused.

Several weeks after that, the family was at the beach (minus dad). My brother tried to murder me by drowning me when no-one was looking. I couldn’t understand his behaviour and asked him why he was doing this to me. I will never forget the dark look in his eyes when he told me he was going to kill me, because he hated me.

I desperately tried to swim away, but I was quite young still, and couldn’t swim very well. In moments he was on top of me again, holding me under, willing me to drown.

I wasn’t sure why he let go.

Maybe I struggled too much at first. Maybe the waves knocked him about, because it was choppy. But I remember looking up at one stage realising the shore was too far away, and there was no way I could get back in because I was losing my strength to fight. And when I went back I can still hear that little girl’s desperate screams for help, realising she was about to drown at the hands of her own brother, and no-one would know why.

Then there was the terrible moment when I realised that nobody heard, because the wind dragged my voice away.

We were too far from the shore. Nobody saw us, and in my heart I knew that nobody was coming to my rescue.

My brother again grabbed me and held me under (over 8 times now), but this time something happened. Mum suddenly saw what happened, and called for him to come to her. (I didn’t see this of course, I heard about it afterward.) All I knew was that he let go of me, as a waves went over me, and I popped up into glorious air. And he was somewhere else, out of reach of me, and mum was calling him. He was in big trouble. I was much closer to shore than I was before he pushed me under the last time and I was able to catch a wave in.

He ended up being barely punished for the incident, because mother felt sorry for him. I should have told her what happened, but I didn’t. She wouldn’t have believed me over him. She never did.

It was only recently I was able to go back and unpack that memory in counselling. One thing it confirmed for me was that God did hear that little girl’s screams for help, and He didn’t abandon me in my darkest moment. As petrifying as it was to go back, I was comforted by that. Because God still loved me and was looking out for me, even then.

To this day I know the only reason I am still alive is because God spared my life that day.