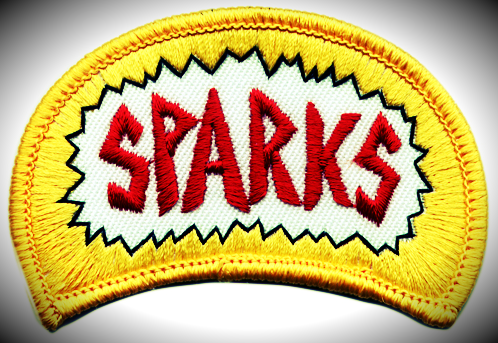 HA note: Vanessa blogs at Fiery Skull Diaries. She “recently uprooted [herself] from kentucky to florida,” where she enjoys “fresh springs, the magical fragrance of orange groves, and copious amounts of sunblock daily.” Vanessa considers herself “an exchristian, atheist, and antitheist, unapologetically.” This post was originally published on July 22, 2013 and is reprinted with her permission.

i cannot overemphasize how indoctrinated i was.

in addition to attending church three times a week from before i can even remember,

going to church preschool at ages three and four,

and being homeschooled as part of a christian homeschooling group from kindergarten through 12th grade,

awana is a highly developed scripture memorization program originally modeled after the boy/girl scouts, that starts kids as young as two years old. in my eleven years in awana, i read the entire bible twice (many parts of it much more than that) and memorized over a thousand verses.

i attended awana camp for five consecutive summers, starting my eighth grade year. it is no exaggeration to say that the awana camp experience is overwhelmingly similar to jesus camp.

awana taught me far more about the bible than any other source in my life. it grounded me, rooted me, solidified my faith more than anything else.

my name is engraved and hangs proudly on a wall for all to see inside the awana headquarters in chicago because i earned the citation award, the highest award awana offers. it takes ten years to achieve.

awana accomplished its mission with me.

2 timothy 2:15 study to show thyself approved unto god, a workman that needeth not to be ashamed, rightly dividing the word of truth.