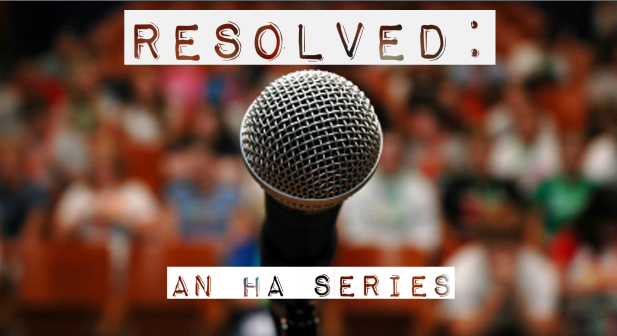 Note from R.L. Stollar: I had the honor and pleasure of asking NCFCA alumnus and coach Joe Laughon about his debate experiences as well as his role in organizing “The Great BJU Protest of 2009.”  We decided to present our interaction in an interview format.

HA: Talk a little bit about your experience in homeschool debate — how you got started, how long you competed, and if you did any coaching after graduating.

JL: I first got involved my freshman year. I was part of a small club solely comprised of first timers, including our coach. I competed all throughout highschool and eventually competed on junior college and four-year college level. I continued to coach my old high school team for roughly 4 years and also coached in a separate league for a year.

HA: Would you consider your experience in NCFCA to be positive, negative, or mixed? And mention a few examples of what makes you feel that way.

JL: I consider it overall to be positive. It was a huge growing experience for me. I started as a fairly awkward, very angry (my family had just split up) freshman and left someone who was miles away from where I had started. It wasn’t all debate, but debate played a huge role in it. I made friends that I am very close with to this day and it was a great outlet for me.

That being said, there were times that the experience took a turn for the negative. It was odd to see, like in any other activity, parent-coaches live vicariously through their students, even to the point of becoming borderline cutthroat, like manipulating who got what ballots. Furthermore I think there was a “squeakiest wheel gets the oil” mentality when it came to oversensitivity. Seeing people throw conniption fits over a ceremony at a Mason Lodge (Technically Shriners “Temple” but yeah), or disqualify one of my competitor’s IEs because it “promoted cannibalism” made me roll my eyes more than once. However, competitors weren’t above making it groan-worthy either, occasionally advocating for Southern slavery or saying fairly nasty things about LGBT people.

On the whole, however, it was positive.

JL: Debate definitely changed how I view the term. It opened me up more so to other points of view beyond the very socially conservative/neoconservative “Bush republican” point of view that was so common then. By the time highschool ended I called myself a big L Libertarian. However when my debate career took me through college, my horizons really opened up. I came in contact with cogent and coherent defense of points of view from the left. Today I would call myself a moderate Republican, ideologically somewhere between libertarianism and conservatism but with a strong emphasis on pragmatism. I don’t really consider social conservatism all that important to me, though I remain pro-life.

I remain a doctrinally conservative Christian, but I am less concerned with Christian infighting over secondary doctrine than I used to be and more focused on how we present Christianity and the gospel to the rest of the world.

HA: In 2009, you and several other individuals from NCFCA started “the Great BJU Protest of 2009.” I was long graduated from NCFCA and high school — in fact, I was even graduated from my M.A. program at the time — but I heard about it almost immediately. It was a really big deal. Can you explain what the protest was and what inspired it?

JL: The BJU protest came on the heels of some major disaffection from Region 2 (CA) in 2008. We felt that we had been punished for not conforming to the Board and we felt the rug was pulled out from us in regards to Nationals.

Many of us in California, in particular coming from racially and doctrinally diverse families and clubs, felt that BJU did not represent who the NCFCA was. We saw BJU as still recovering from a racist and bigoted past, and is still intensely legalistic and fairly un-Christlike in how they present the gospel. We didn’t want the NCFCA to be associated with that name, as Christian homeschoolers get a bad enough rep as is.

However, by then the decision was made, so it transformed into overall disgust at how the Board ran things. Again the Board was secretive, rejecting transparency and had learned nothing from the ill will of 2008. Furthermore, some of us saw it as a regional coup as the last four nationals were held in the South. It began to represent everything that was wrong with the Board, but also it was a protest against racial indifference and insensitivity in the League.

HA: After your protest gained traction, and a bunch of competitors, alumni, and coaches had signed the protest petition, NCFCA regional coordinator Lisa Kays wrote an email that sent some shockwaves through the community. What did she say and how did you think about Kays’ email at the time?

JL: Her letter was fairly offensive not just because of how it proposed to deal with the protest but also how she characterized it. She functionally claimed we were all whiners, and we simply wanted attention (fairly common points). This was unfair and didn’t help dialogue.

But the worst was her policy for “dealing” with it. She used her power as a Regional Director to strip people from her region (or threaten to) of their Nationals slot and then used her position as a member of the Board to pressure other regions to do the same. I thought and think Mrs. Kay’s response to be frankly really unacceptable, immature and also another example of how bylaws that allow people to hold multiple offices can be abused.

HA: After the protest controversy happened, a whole section of the country split from NCFCA, thereby creating a second homeschool speech and debate league, STOA. Do you think how certain NCFCA leaders handled the protest was a catalyst for this forensics’ “civil war”?

JL: I absolutely think so. I think even the more timid among Region 2 coaches and parents were appalled with how the Board had responded to concerns in the past and even those who weren’t sympathetic to the protest didn’t like how the Board handled it. It wasn’t the only issue but it highlighted a lot of problems. I think a wide amount of people outside of CA clearly agreed due to the growth of Stoa at the expense of the old NCFCA.

HA: It’s been four years since the BJU protest. Looking back, are you proud of what you did or do you regret it? Also, four years after, what do you think about how Kays handled the situation?

JL: I am definitely proud of what we did. We highlighted the issues of racial indifference in the community and how the Board played a role in this. Furthermore, we highlighted major problems with how the Board and the League were set up, problems people had known about for awhile. The work that many people did — like Dr. Konrad Hack, Ryan Herche, Jon Chi Lou and others — is something to be proud of. I think Mrs. Kays’ response was unacceptable but also pretty typical response; malign, misdirect and then punish for different views. It’s too bad. I hope she looks back on the event with regret.

HA: Coming from a background of conservative Christianity, what do you think is the proper response to the sort of institutionalized racism that prevailed for so long at BJU?

JL: I think, first and foremost, the response should be found in Scripture. The Biblical worldview brooks no racism. God’s concern for all, our common ancestry, Jesus’ concern for those outside the House of Israel and the Church’s mission to all peoples should make us be abhorred at racial bigotry. While those who repent are to be forgiven, I think there is an immense difference from true repentance and simply begrudgingly saying you’re sorry and changing policy (piecemeal) when forced to by the federal government. One can forgive people, but people aren’t called to forgive an institution. If Bob Jones University was serious about purging the environment of racism on campus and its memory, they should change the name to something else and replace or phase out administrators that were around in that day.

Also what went totally ignored in the discussion of, “Is BJU still racist?” was the problem of legalism and violent anti-Catholicism. Calling the pope “a demon”, denouncing Billy Graham as an unbeliever, continuing to give an honorary doctorate to Ian Paisely, a violent, unrepentant bigot who promoted sectarian violence in Northern Ireland, are all actions that have yet to be apologized for at all. Probably because federal tax exempt status isn’t tied to it. Such a shame.

HA: Do you think participating in speech and debate shaped your perspective on responding to social ills like racism?

JL: Definitely. It opened up my eyes to experiences beyond my own and it also made me realize that racism isn’t a box that one checks, “Yes” or “No.” Unfortunately prejudice and privilege follow us all on some levels. I think it revealed to me that the biggest problem in many of our homeschooled communities (overwhelmingly white and middle-upper class) isn’t racism, like some fantasy KKK boogeyman, but rather simple racial indifference.

My experience in NCFCA, the protest, coaching in Stoa and debating at Concordia really opened me up to understanding the issue of race relations and I think I am a better person and Christian for it. Too often I think we have insensitive or insincere discussions of race because we’re afraid of being called a racist or because it may challenge our little bubbles. We need to move past it and debate can be a great vehicle to do so.

JL: I think part of it is media-perpetuated to an extent. It’s easier and it sells more (more of anything, newspapers, movies, episodes, books) to show a stereotype than it does a nuanced picture. I remember rolling my eyes at portrayals of homeschoolers and their families in sitcoms or shows (almost always crime shows for some reason), as unbalanced, cold, crazy, borderline fascists who are on their way from a cross-burning from their abortion clinic bombing planning session. I think as time goes on, more people homeschool and the demographics of homeschoolers change, I think you will see this change over time.

However, part of it is the responsibility of the community. I have met people who are fairly insensitive and dogmatic. These are the kind of people who are attracted to homeschooling because it is difficult, and thus have somewhat of a martyr complex about it. They are waiting to be insulted. The rest are issues I think are common to conservative white Christians (not that any of that is negative, it is simply descriptive) sometimes. It happens with every demographic. Free association turns into exclusive association and some borderline self-segregate themselves from others. Thus, viewpoints outside the group that may be valid and shake things up, are rarely heard. The ideological water thus can remain a little brackish. It’s pretty common outside the homeschooling community, but it doesn’t mean the homeschooling community shouldn’t take it on.

I think it can be dealt with by making an effort to join things outside church or homeschool activity. Don’t discourage friends made outside of this, friends that may belong to different denominations or may not be Christian at all. We’re not called to build up the Church by just outbreeding people (ok, that’s a joke but anyone who has said the phrase “homeschooling van” knows what I mean), we’re called to build up the Church by engaging in the world. It’s a complicated issue and sometimes it’s portrayed worse than it is, but it’s one that I think the homeschooling community is now facing.

9 thoughts on “Engaging the World — Debate and the BJU Protest: An Interview with Joe Laughon”