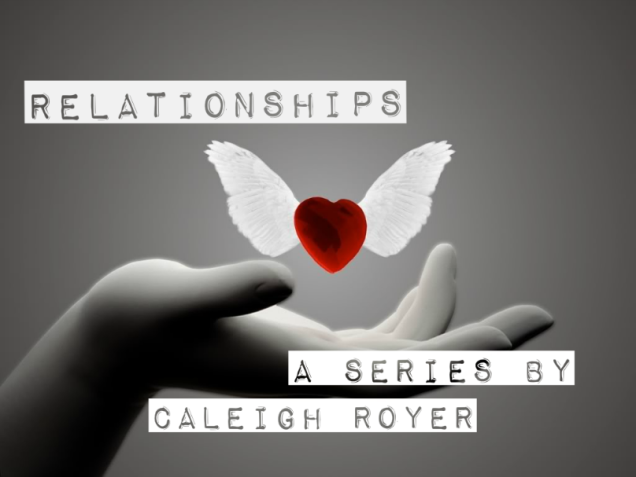 HA note: This series is reprinted with permission from Caleigh Royer’s blog, Profligate Truth. Part Four of this series was originally published on May 29, 2013.

Also in this series: Part One: What Is Courtship? | Part Two: We Were Best Friends | Part Three: The Calm Before The Storm | Part Four: To Lose One’s Best Friend | Part Five: To My Darling Clementine | Part Six: The Storm Starts Brewing | Part Seven: The Five-Year Relationship Plan | Part Eight: The Means To An End | Part Nine: We Made It | Part Ten: I Am A Phoenix | Part Eleven: Conclusion, Don’t Brush Off the Next Generation

Now we are getting to the part of our story that is going to get increasingly difficult to deal with. I know some people can look at what my husband and I went through as trivial and unremarkable, but for us, it was hell. It was frustrating.

It was enough to make us both lose faith in family.

Phil still won’t talk about what happened, nor does he like being reminded of it.

Both of us were faced with relationship issues that we had to deal with alone and in some ways, it forced Phil to take on more responsibility than a “normal” situation would have required. It was good for us, as this part of our story burned away any of the fluff that might have been left from the first infatuation.

It brought forth the real hearts that somehow sustained us to the day we said “I do.”

Ah, this is hard to write. I have been putting this post off for over a week now, and now that I have the time to really focus and write, I am finding myself trying to find any distraction I can to keep from writing it. Please know that what I am about to write is four years old, and a lot of things have been dealt with but they still hurt us really deeply and are still painful to write. So please, be gentle with me, and my husband, as you read this.

As soon as Phil had finished telling me what he had to say, he dashed out the door, tears streaming down his face. He took off running and was nowhere to be found for at least two hours. I have never been that close to fainting as I was in that moment. A life sucking darkness started blinding my eyes as dry sobs started rising from some part of my numb self.

I was numb; totally, perfectly numb.

I collapsed on grass outside the door and lay there in shock for ten minutes. Our mutual friend was with me for a little bit of the time just holding my hand but she soon left. I don’t remember how I got up or how I found my phone but I somehow managed to call my best friend back and in a broken voice told her what had happened. All she could say was “Oh Caleigh, I’m so sorry!” I told her that I was sure there was a plan and felt peace that I hadn’t lost him completely. I think I was on a pain high, I was very optimistic for about an hour and a half, and then I suddenly crashed very hard.

I got off the phone and cried, walked, sobbed, and just asked God why. I knew I had heard from him to keep an eye on this guy when I first met him, but I really didn’t understand why Phil was being ripped away from me now.

I found comfort in Romans 8:28 and trusted that God had a plan in all of this.

I called my mom to tell her what had happened. She seemed singularly unimpressed by my tears and almost didn’t want to come and get me. I asked her to tell my dad, and to this day, I have no idea why I thought that was a good idea or why he would respond. (To be clear, from this point on, my relationship, or lack thereof, with my dad completely deteriorated to even less than what it might have been had he responded differently.) She said he was out cutting the lawn but would tell him when he was done. I called her an hour later and begged her to come get me. I was falling apart and couldn’t allow the kids at rehearsal to see how much I was breaking.

I don’t know how else to explain just how intensely destroying that day was for me. I had met my heart’s companion and in the course of 5 minutes he had been ripped from me and I was left gasping with barely half a heart. The words I know barely seem adequate to describe the pain I felt that day and still feel a little piece of four years later. Mom came and got me and I could barely hold back the tears as we drove home. I remember dad being in the garage and I walked up to him maybe hoping somewhere in my heart that he would comfort me. He stuck his arm around my shoulders rather awkwardly and said that he was sorry.

Then he said, “If your heart hurts then you did something wrong.”

I think my heart stopped for the second time that day. It was like a deep gong went off in my head; I knew instantly that I was not going to get any support whatsoever from this man who had his arm around my shoulders. I remember walking inside and not saying anything to my siblings but went straight to my bed, turned off the lights, shut the blinds, and curled up on top of the covers and sobbed. I don’t remember being able to eat dinner that night, and I quietly tried to tuck the mangled pieces of my heart somewhere no one would see them.

I did have one consolation. Our mutual friend had asked Phil if he would be willing to wait for me and she told me that his answer was a huge yes. I wrote a letter to him that day once I had some sense of my surroundings that evening. I told him in the letter that I promised to wait for him and that no matter what I was going to be here for him. I folded up the letter and placed it in an envelope that would sit until I felt it was time to give it to Phil.

I went to rehearsal the next day, and by this point the pain in my heart had turned into immense anger. I burned fiercely, and all I could think was I liked this guy, I needed his friendship, and they had dared to rip that from me. I wrote him a madly scrawled note asking if we could talk to our parents about setting up guidelines. I knew that Phil was hurting and his pain was just as deep as mine. He looked very sick that day when I saw him. There was no life in that face of his that had previously lit up the moment he would lay eyes on me.

The following weeks were dark, and I don’t remember much other than asking my mom over and over if all of the parents and us could meet and set up guidelines so we could talk. My dad, now that we couldn’t talk, seriously thought that there was nothing in between Phil and I and that there was no need for us to talk. He used to spew this crap at me about how it was wisdom that Phil and I not talk, without ever saying exactly why it was wisdom when I asked for an explanation.

My first gut reaction to my dad not being supportive was proven true over and over and over again during those first few weeks and it is still true four years later.

Our parents met once during those first three weeks, but their responses to that meeting were all different. Not one side of all four of their stories lined up. I found out later from Phil that his parents got a very different take on that meeting than my mom or my dad. The lack of communication was astounding and it has never ceased to frustrate me as I look back on that time.

Just over a month and a half after that horrid day, there was a parenting seminar at church. I went with my parents and we ran into Phil and his parents as soon as we got there. I was so uncomfortable, and wanted to find a dark corner to cry in as soon as I laid eyes on him. He tried to look happy but he looked just as miserable as I felt. (Those who remember this time and knew me closely then said that my eyes looked dead, I was barely functioning and I rarely talked. I was a ghost of who I had been) During this seminar we ended up sitting right in front of Phil and his parents. I just about ran out of there when I realized that they were sitting right behind us. All I could think of was how Phil could see the side of my face and I could see his reflection in the drum-kit up on stage.

I found out later from Phil that this seminar was a huge turning point for him.

It was during this seminar he realized that he loved me.

Not only did he truly whole-heartedly love me, he wanted to marry me and spend the rest of his life with me. He was more than 100% sure and he told his parents this on the way home, thoroughly shocking them.

He looked genuinely happy when he left after the seminar and I died a little bit more inside thinking that he was happy to be leave me.

If I had only known…