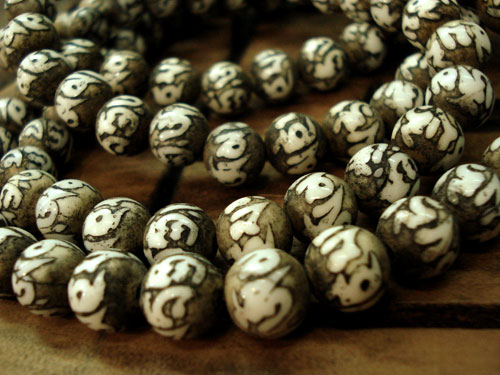 HA note: The following is reprinted with permission from R.L. Stollar’s personal blog. It was originally published on July 30, 2013.

< Part One: If Satan Made Xanax, And Other Worldview Myths

“It’s not difficult to see why Eastern religion is such an attractive form of salvation for a post-Christian culture. It assuages the ego by pronouncing the individual divine, and it gives a gratifying sense of ‘spirituality’ without making any demands in terms of doctrinal commitment or ethical living.”

There were two particularly eye-opening moments I had during my 12 months studying Eastern Classics at St. John’s College, and both revolved around Buddhism.

The first was when my discussion group read a Buddhist text. Going into the discussion, I expected that there would be a lively debate. After all, my class consisted of people with diverse religious beliefs — atheists, Christians, Hindus, Buddhists, and more. I assumed that disagreement would be plentiful. What I did not expect, however, was that the lively debate occurred primarily between the Buddhist students.

It gave me flashbacks to highschool when Christian homeschool debaters spent hours arguing with each other over free will versus predestination.

Oh… there is more than one type of Buddhist, I realized. Which was a simple reality. But it was a reality that Summit Ministries, for example, omitted when they taught me about Buddhism. And it is a reality that makes a really big difference.

The second moment was when I became friends with a Buddhist for the first time in my life. I’ll call him C. here. C. was my best guy friend during my time at St. John’s. He practiced Diamond Way Buddhism. And he was nothing like the Christian stereotypes I had heard about Buddhists. In fact, he was the most emotional male I had ever known — and I mean that in a thoroughly positive way. He embraced emotions. He taught me that not all Buddhists believe that “enlightenment” is reached by avoiding emotions. Some Buddhists believe that you need to face emotions head-on, acknowledge their existence, let them be what they are, feel them fully, and then let them pass. Learning to master one’s emotions, he said, wasn’t a matter of ignoring them.

You look your emotions in the eyes and say, “Oh. Hey. You exist. I am going to feel you. Maybe even for a long while. But then you will pass. Because you are not me.”

What C. taught me about emotions is one of the most important lessons I have ever learned in my life. Growing in the conservative Christian homeschool world, where first-time obedience and purity culture were rampant, I was taught to distance myself from my emotions, to be afraid of them:

Don’t be angry at adults. Anger is rebellion.

Don’t look at attractive women. You will lust.

Don’t be sad. You must set an example for others.

Buddhism made me realize that emotions are. They exist. This is just a fact of life. It is ok to feel them.

When I feel attraction towards a woman, that is ok. The woman is attractive, and therefore I experience attraction.

It is ok to feel attraction.

When someone does something that is mean or unfair, I experience hurt.

It is ok to feel hurt.

While this might seem like common sense, it wasn’t common to my experience growing up. And it made me realize that this stereotype I had of Buddhists — emotional asceticism — was actually more descriptive of Christianity than Buddhism — at least the Christianity I was raised in.

It was my American Christianity, not Buddhism, that needed to be told Jesus wept and that was ok.

I owe something else to Buddhism as well, something really big. I owe Buddhism my life. While I never converted to Buddhism, I did practice meditation for that year at St. John’s. To be honest, I pretty much hated the process. I do not like sitting cross-legged, and I do not like keeping my back straight and closing my eyes for an hour. But I did it just to say I tried. And in the years since then, when my depression flares up and my suicidal tendencies become overwhelming, I always find myself going back to my Buddhist meditations.

There is nothing religious about this fact. It is, for me, purely psychological. When all else fails, when my body is shaking and all I can think about is ending my life, it is the repetition of karmapa chenno and the visualizing of running mandala beads through my hands that can get my mind re-grounded. These things — though distant memories from almost a decade ago — are lifelines back to reality when my mental health distintegrates.

Buddhism, not my American Christianity, taught me how to mentally ground myself.

On more occasions than I’d like to admit, Buddhism has saved my life.

People who have difficulty with understanding how complex the human mind is, and how complex religions actually are, would find this a terrifying prospect. You can’t be a real Christian and at the same time appreciate Buddhism, the line might go. But I am not terrified by this idea. Because I do not see Buddhism, or Christianity, as set of propositions that are either true or false. I see them as so much more than that.

This is a key part of what I mean, then, when I said in Part One that, “Religion is a complex totality of human and other elements, only one element of which is the sort of truth-claim that one can package into propositions.”

This is also a key reason why I am not ashamed in any way to say that I love more than one religion.

5 thoughts on “How I Learned To Stop Being Afraid and Love Other Religions: Part Two, When Buddhism Saved My Life”