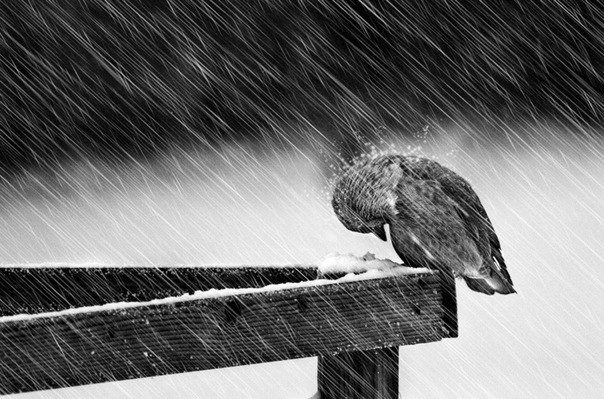 HA note: The author’s name has been changed to ensure anonymity. “Jael” is a pseudonym. Jael blogs at To Not Live in Vain. This piece originally ran on January 15, 2014.

I began home-schooling after a summer of fraught efforts, on my mother’s part, to find me a pre-kindergarten class. Later, she said she took me to forty different schools trying to determine which program would suit me best; I only remember attending two, for no more than a few weeks at each. My experiences were uncomfortable, which led my mother and father to decide that homeschooling was the best option.

My mother home-schooled me from kindergarten until seventh grade. I had some good friends that I saw at a maximum of once or twice a week, and we did some cooperative schooling with parents providing science and language classes as a group. We drifted from charter school to homeschool group, never staying one place more than a few years.

I didn’t understand it at the time, but I realize now, looking back, that these moves were probably caused by my mother’s unaddressed psychiatric issues.

I got a first-hand look at these issues when I was about eleven. It was the year that I got my first period, in an awkward stage between adolescence and childhood. My mother started experiencing psychiatric symptoms with increasing severity – I won’t go into detail, but she made me actively fear that our family was in mortal danger for a period of several months. My father was emotionally and physically absent, working all the time, and left me entirely in her custody. My mother made sure that I had no support during this time; she separated me from all my social groups because she believed they were haunted by people who wished to harm us. She separated me from my best friend because her mother told my mother (not incorrectly, in retrospect) that my mother was acting crazy

It got to the point where one day she demanded we pack up a suitcase immediately, and we drove for hours aimlessly, going from one cultish bookstore to another, while my mother wept and my grandmother (who my grandfather had convinced to join us for this expedition, presumably to make sure my mother didn’t kill us) sat stony-faced in the front seat.

My mother threatened alternately to kill us by crashing, then to merely leave the state.

She believed our family was being persecuted, and told me so in many ways for many months, treating me as her only confidante (during the times that my father was not around, at least). When my grandparents found out what was happening, they told me that my mother was sick and not to believe her. We lived for them for a month, while they watched over their borderline daughter.

It took me a long time to finally understand that the things that my mother had predicted had not come to pass, and would not come to pass. And it made me angry, because it was difficult to understand, particularly in a family where mental illness (or sexuality, or anything really important) was never discussed. My mother was my only source of information and learning, and when paranoia struck her, and I began to identify that her fears were unrealistic, I felt betrayed. My anger bred, with periodic fights with my mother, where she ignored my legitimate needs and feelings, instead always refocusing any argument on herself. Eventually, we had a fight that had epic consequences.

I have no idea how it started, but I do remember how it ended:

“Do you want to go to public school?” she threatened me.

She deflated, glaring at me like a wounded tiger who was giving up a fight. “Fine,” she said, and that was that. She took it as a personal slight to her ego, that I might want to be educated elsewhere. She told me I would regret it. At that point, making me go to school was the only weapon she had left that could harm me. I no longer loved her, so she could not emotionally manipulate me in the same old ways anymore.

I was really scared, to enter public school, since it had been painted in such a negative light. Entering public school was a culture shock, but at least it was better than being at home, most of the time. Classes were somewhat miserable, with math and chemistry being the worst, but at least I had music to get me through middle school and high school. I found comfort in the two public school teachers who best supported the conservative, Christian perspective I had from my home-schooling years, teachers who prayed before tests and encouraged me to keep strong despite my travails, encouraging me to look towards college when I wouldn’t have to worry about my parents. Reminding me that at least I had parents.

I confided in these teachers about what happened in my family. I did the same with other authority figures that I began to trust. But I never was referred to counseling, a school social worker, or any other services. I know that if I had, at least I would have had that extra support, someone to help me understand that what happened was not related to me, and to help me cope with the realities I experienced every day.

Every time I began to trust an authority figure, I would cry and cry, and tell them what had happened.

But I reached out, and reached out, and reached out, over and over and over again, in so much psychic pain. My mother was psychologically and sometimes physically abusive to me when I went home, threatening me with calling the police for talking back at her, threatening me with a knife if I was angry, threatening to take away my lifeline (the internet) constantly, and threatening to kill herself basically every chance she got. So I would retreat and hide in my room, where I would IM friends on the neighbor’s WIFI connection (thank you so much it basically saved my life) and write gothic stories about self-harming girls and roleplay.

I confided in friends about what had happened. One or two offered me books, and I refused them, scared that if my mother would see that I was reading these books, that I would be punished. I appreciated the confidence of these friends, though at the same time my mother tried to dissuade me from pursuing practically any relationship, criticizing any friend that she met that I seemed to be growing fond of.

People assumed that because I was smart, that I was doing okay, and that my issues were normal teenager stuff. Also, I was not very good at advocating for myself – still am not, by the way – and I didn’t know how to articulate the severity of the issues I was facing. At this point, I’m finishing up a graduate degree at an Ivy-league institution. I don’t want to write more than that for fear that either my mother or someone else will find this and identify me and put me in a compromising position. Even today, people presume based on my appearance – white, middle-class, female – that I was raised by a happy family. It pains me because it’s definitely not my experience.

I have lasting psychological issues that impact my life even now as a young adult in my 20s. I have PTSD, paranoid ideation, suicidal ideation, and depression despite the fact that I am no longer in contact with either of my parents.

It was not so much homeschooling that traumatized me as much as my mother’s mental illness. This was hidden by homeschooling, and the pain that damaged me came from the constant exposure to her psychiatric illness.

I feel like someone roasted me over a fire, leaving me with burns to rest the remainder of my life, and I didn’t even know at the time what fire was.

My early education was a shield that kept everyone from seeing who was doing the roasting, and of what. My father and my grandparents did not advocate to separate me from my mother, instead telling me to suck it up until I went to college.

That was the constant refrain. Wait until you’re in college. Everything will be better then.

Well, the short story is that no, it wasn’t better when I got to college, because I went to college in my home state, a quick drive from my hometown. It’s not been better until I cut off all ties from my family.

I should not have had to be in this position, as a child growing up. I had many, many adult mentors in my life – and none of them helped intervene with my family. It has become my purpose in life to help prevent my story from ever happening again – or at least, if I can stop a few more hearts from breaking, I shall not live in vain.

3 thoughts on “I Shall Not Live in Vain: Jael’s Story”